US Falls to 25th in Broadband Penetration 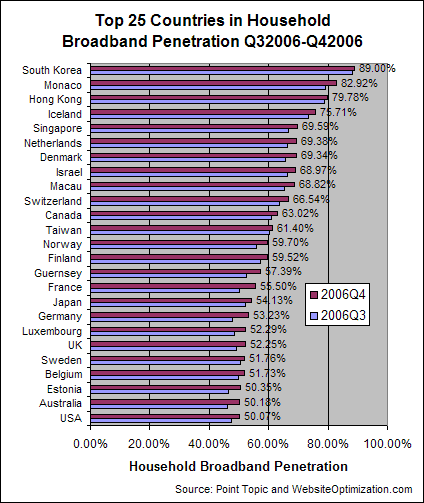 US Falls to 15th among OECD Countries in Broadband Penetration 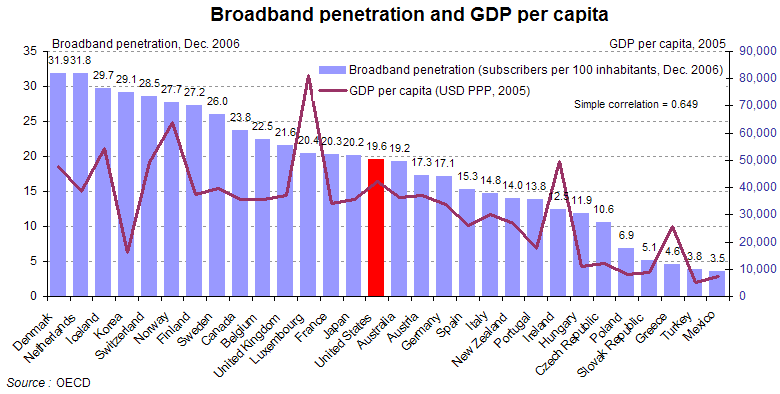 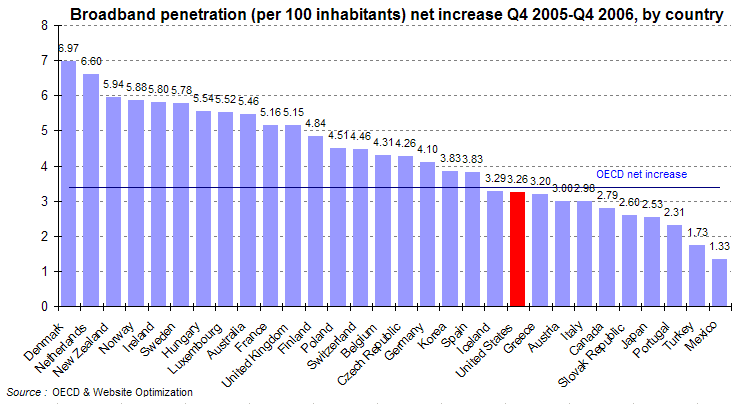 Among the G7, Canada maintains its commanding lead in broadband subscribers per 100 inhabitants at 23.8 (see Figure 4). The UK (21.6) and France (20.3) came in second and third with higher growth rates than the US and Canada. France passed Japan in the fourth quarter of 2006 to become third among G7 countries in broadband penetration per 100 inhabitants. The US currently ranks 5th at 19.6, ahead of Germany (17.1) and Italy (14.8). 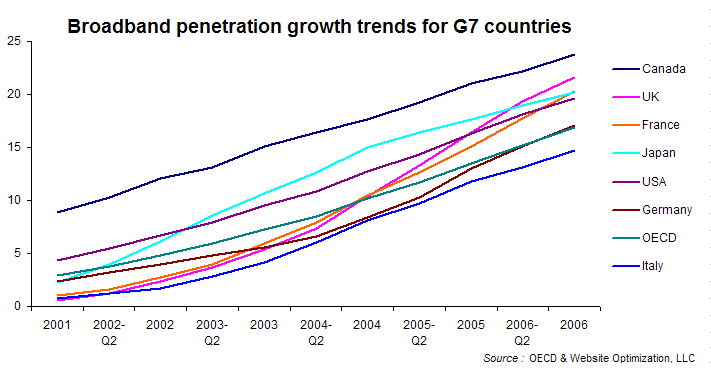 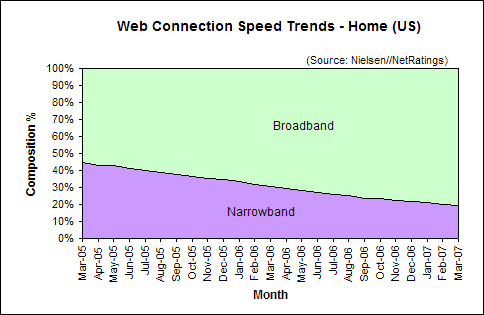 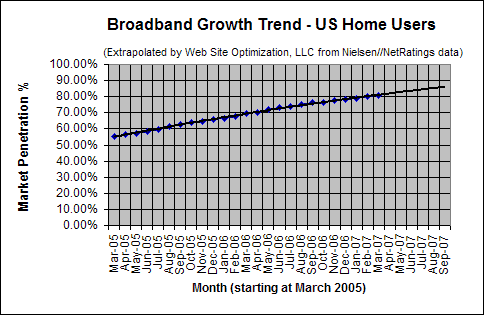 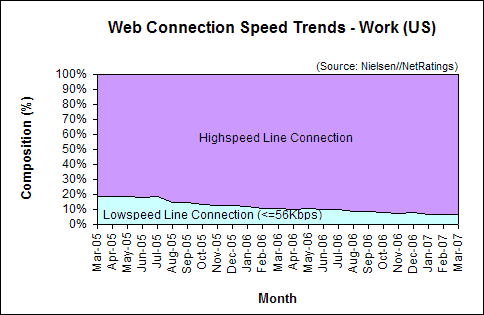