Google’s YouTube leads all video sites in unique users, stickiness, and growth over the past year. Combining YouTube with Google Video, Google dominates the top video sharing sites, with over 4.4 times the users as its nearest competitor. Despite accounting for a small fraction of the files on the Internet, web videos from YouTube alone account for more than 10% of the traffic. That is why video optimization is important for web site performance and saving bandwidth. Broadband penetration among active Internet users grew to 83.23% in US homes in June, up 1.05 percentage points from 82.18% in May 2007.

YouTube led the top ten video sites with time spent online by a wide margin. The average user of YouTube spent over 43 minutes on the site in the last month (see Figure 2). Myspace came in second at 13 minutes 46 seconds per user. AOL Video came in third in time online at 10 minutes 48 seconds. Veoh came in a close fourth at 10 minutes 31 seconds. Break.com came in fifth in time online at 8 minutes 35 seconds. 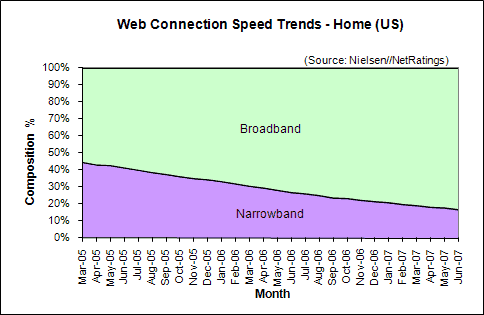 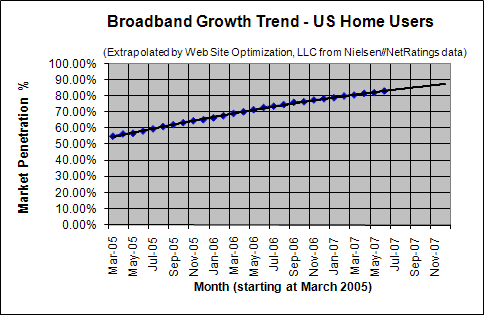 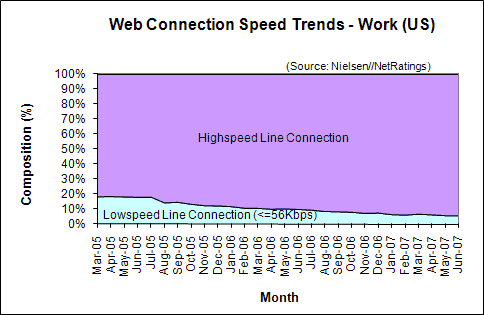