Broadband penetration in the EU is now on par with the US and Japan, according to a bi-annual broadband survey from the European Competitive Telecommunications Association (ECTA). ECTA attributes the 16% growth in broadband lines over the last six months to increased competition from new telecom entrants employing local loop unbundling and cable. Meanwhile in the US, broadband penetration jumped 1.32 percentage points to 84.75% among active Internet users in August 2007.

EU15 Passes US in Broadband Penetration 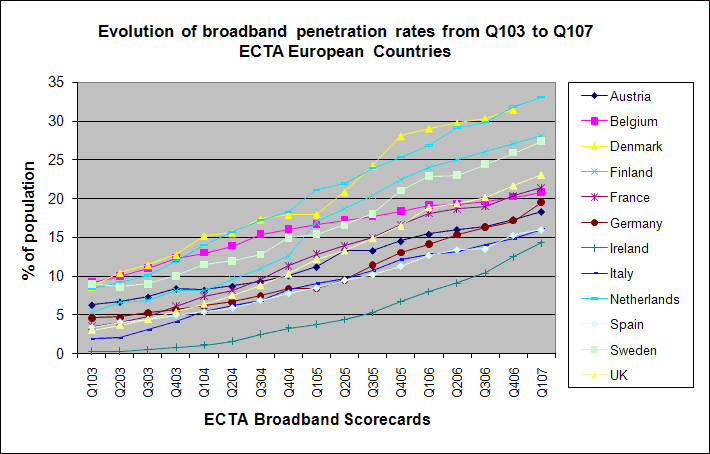 Countries that employed competition through cable and local loop unbundling, a process where competitors rent the last mile from established telecoms, ranked higher than countries that did not (see Figure 2). The Netherlands, Denmark, Finland, and Sweden all had penetration rates above 25% while Greece, Poland, Slovakia, and Cyprus remained below 10% with 0.4% or less local loop unbundling and little impact from cable. 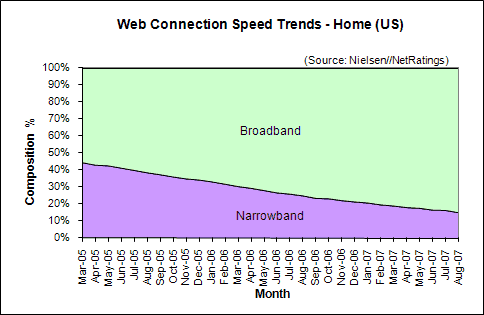 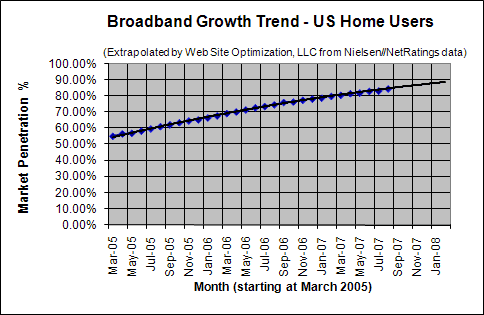 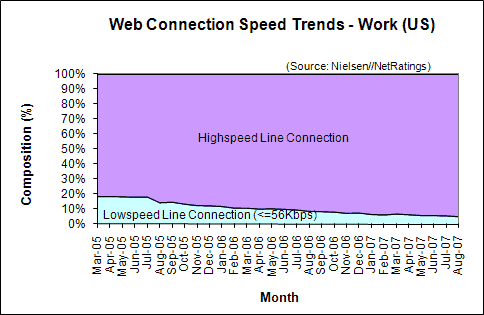