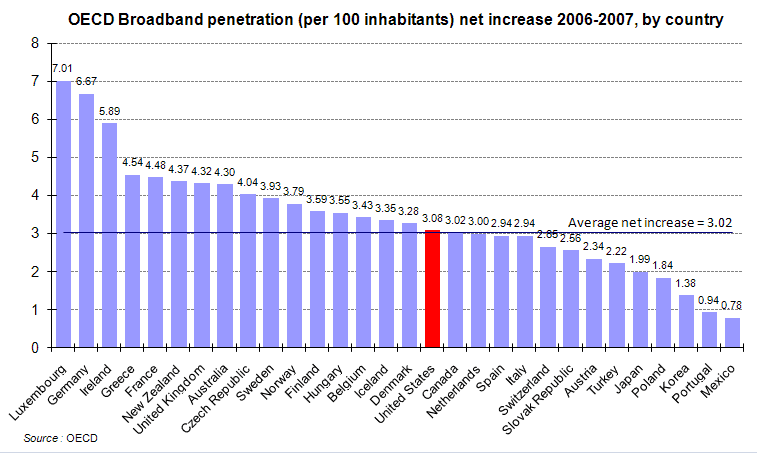 The United States remained at 15th in broadband penetration worldwide, according to the OECD (see Figure 2). The latest December 2007 data showed no change in rankings since the June 2007 broadband penetration report. Iceland jumped from 6th to 3rd place, while Switzerland dropped from 3rd to 6th place. Australia dropped from 12th to 16th, while Germany rose from 16th to 14th place worldwide. 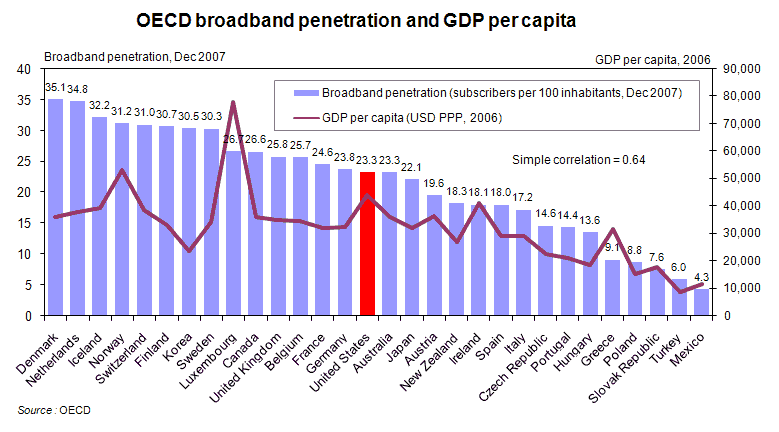 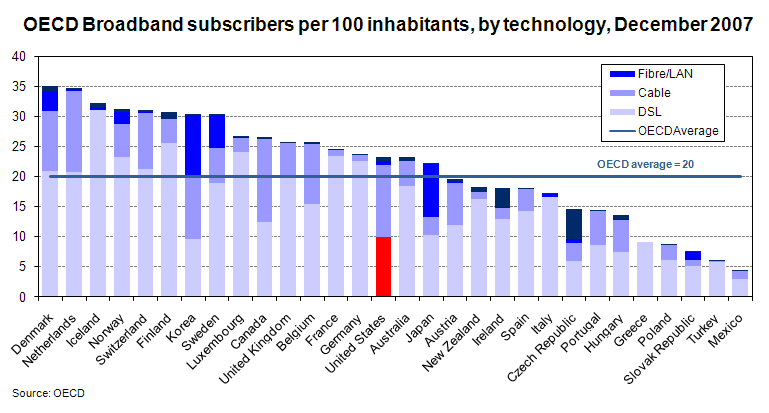 We talked to Taylor Reynolds, co-author of the OECD study, about why the US is lagging behind in broadband penetration.

“The US has one of the most innovative Internet economies in the world but broadband penetration is just slightly above average in the OECD. It’s not a matter of broadband coverage since most US households can purchase cable broadband and only slightly less can purchase DSL. There must be something else to the story.

The US has fewer broadband choices available, in general, than other countries where unbundling is in place. In the US you can typically choose between DSL and cable. However, in countries such as the Netherlands and Belgium you can choose between Cable + DSL01 + DSL02 + DSL03 + DSL04. That’s because the incumbent telecommunication operator in these countries is required to rent the copper loop to competitors for residential and business services. The way the DSL providers distinguish themselves from one another is often via price and speed. That could help explain why maximum advertised speeds in the US are often lower than those we find in other countries and prices for high-end services are relatively expensive. – Taylor Reynolds, OECD.org

Figure 4 shows that Japan (40%), Korea (34%), and Sweden (18%) lead all countries surveyed in their percentage of fiber broadband connections. The US had only 3% of its broadband subscribers on optical fiber connections in December 2007. 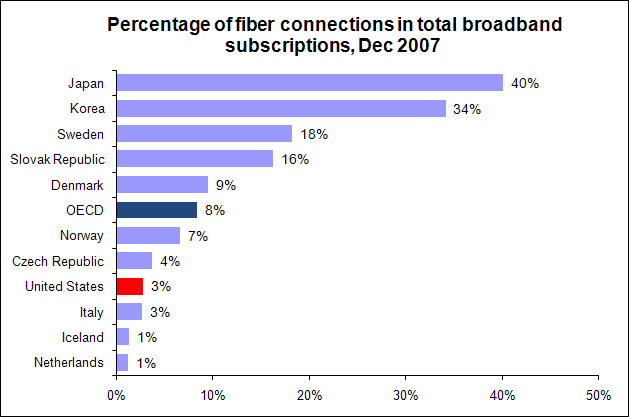 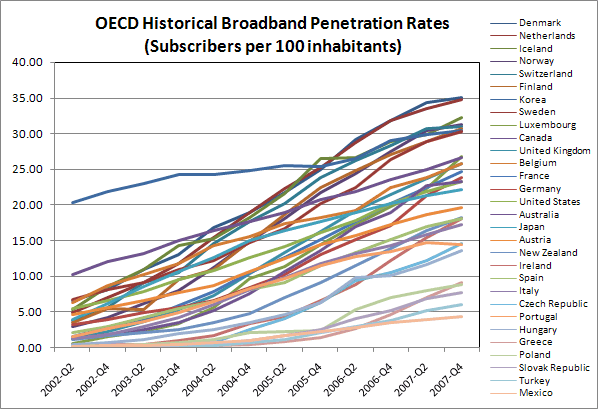 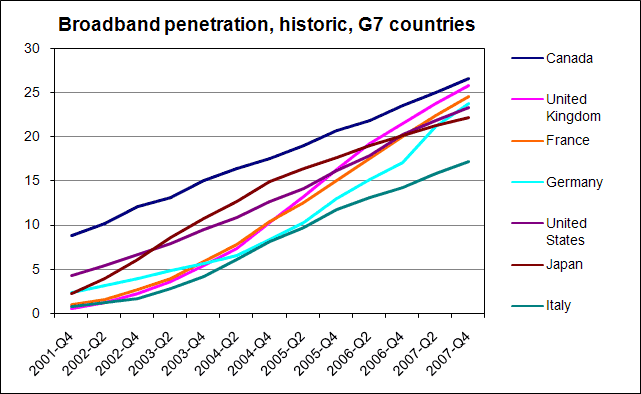 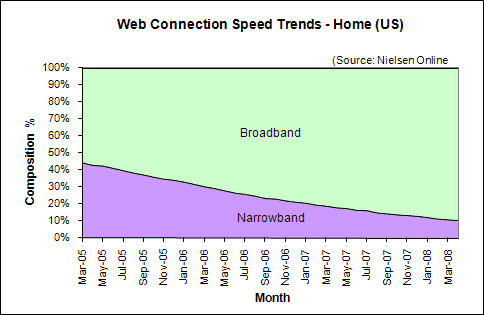 In April 2008, broadband penetration among active Internet users in US homes grew by 0.43 percentage points to 89.25%, up from 88.82% in March. This increase of 0.43 points is below the average increase in broadband of 0.59 points per month over the last six months (see Figure 8). At current growth rates, broadband penetration among active Internet users will break 90 percent by May or June of 2008. 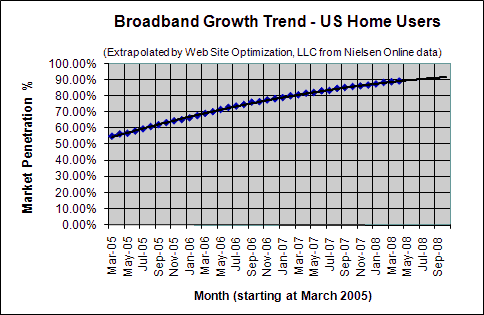 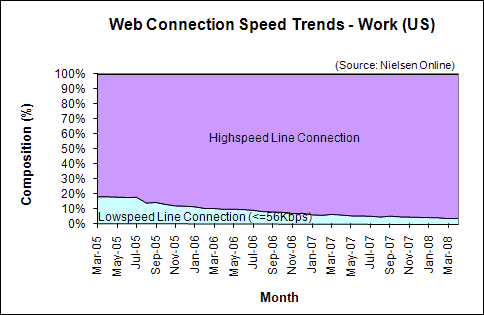 Nielsen Online
Provided the US broadband penetration data for active Internet users for the Bandwidth Report.
Organisation for Economic Co-operation and Development
The OECD’s May 19, 2008 report provided the data for this month’s bandwidth report (Dec. 2007 survey)..