The percentage of users on broadband in the UK rose to 95.1 percent in December 2008, according the to Office for National Statistics. More than 19 of 20 connections to the Internet are via broadband in the UK, according to a survey of Internet Service Providers. Due to the high penetration rate, the quarterly report has been discontinued. Meanwhile in the US, broadband penetration grew to 93.38 percent among active Internet users in January 2009. 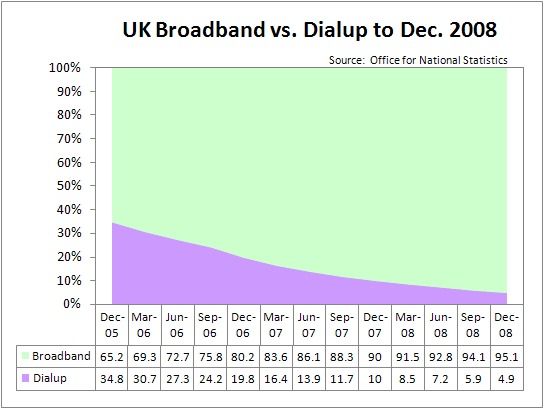 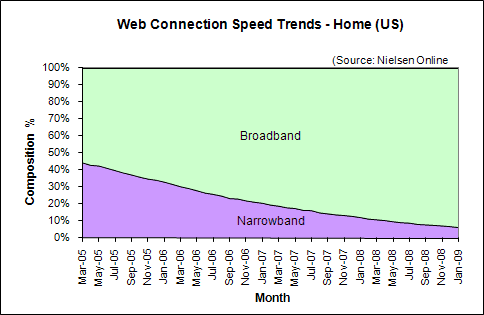 In January 2009, broadband penetration among active Internet users in US homes grew by 0.55 percentage points to 93.38%, up from 92.83% in December. This increase of 0.55 points is higher than the average increase in broadband of 0.39 points per month over the last six months (see Figure 3). 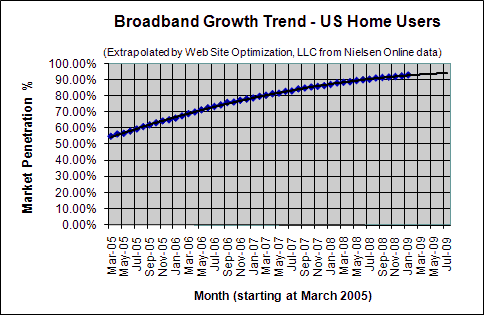 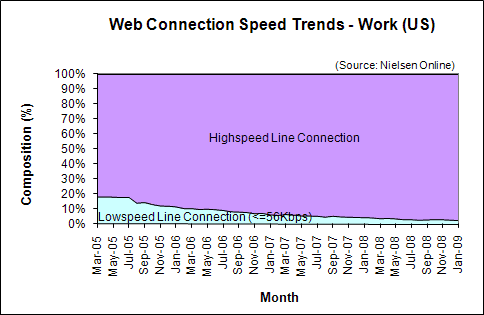 Nielsen Online
Provided the US broadband penetration data for active Internet users for the Bandwidth Report.
Office for National Statistics
Supplied the data for the UK broadband survey results in their Internet Connectivity Report December 2008, Feb. 20, 2009.