The popularity of Apple’s streaming media players is rapidly approaching Microsoft’s. According to a recent survey of streaming media usage, the market share of Apple’s iTunes and QuickTime players grew from 32% in January 2008 to 36.4% in January 2009, while Microsoft’s Media Player was unchanged at 50.7%. Most of this gain was due to the increasing popularity of iTunes. Meanwhile broadband lines grew by 20% to 110.5 million lines in Europe over the past year. In the US, broadband growth slowed to its lowest level in seven years, while penetration crept up to 59% overall. 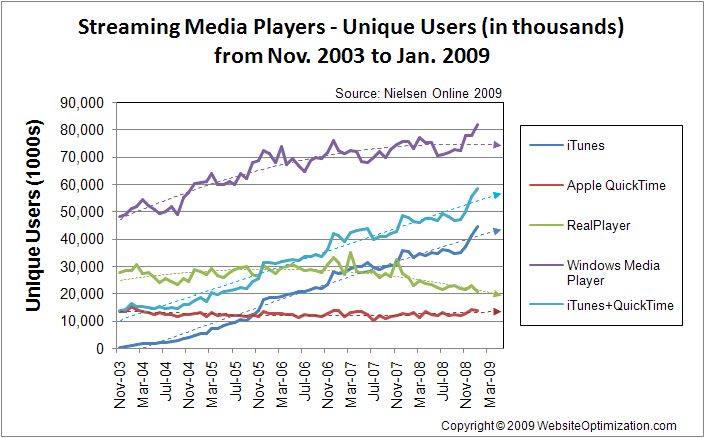 Broadband usage in Europe grew by 20 percent over the year to a total of 110.5 million connections, according to The European Competitive Telecommunications Association’s (ECTA) twice-yearly Broadband Scorecard survey (see Figure 2). The Scorecard tracks the progress of broadband penetration and local loop unbundling in the 25 member states of the European Union. 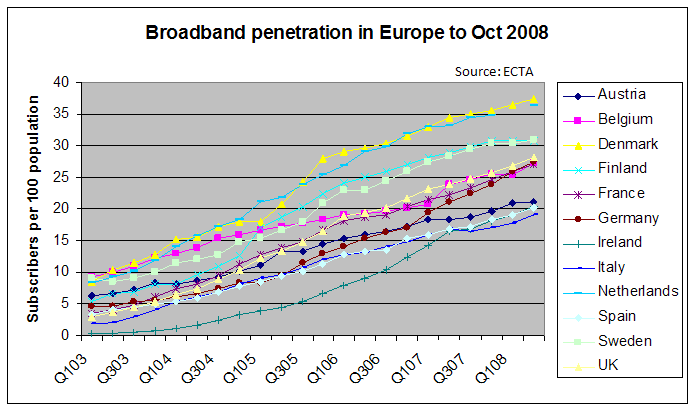 Denmark continues to lead the EU with 37.5% of its population on broadband, followed by the Netherlands at 36.3%, Sweden at 31%, Finland at 30.8%, Luxembourg at 28.2%, and the UK at 28.1% (see Figure 3). All of these countries were well above the average EU broadband penetration rate of 22.4%. Slovakia, Bulgaria, Romania, and Poland trailed the field with broadband penetration rates in the 10 percent range. 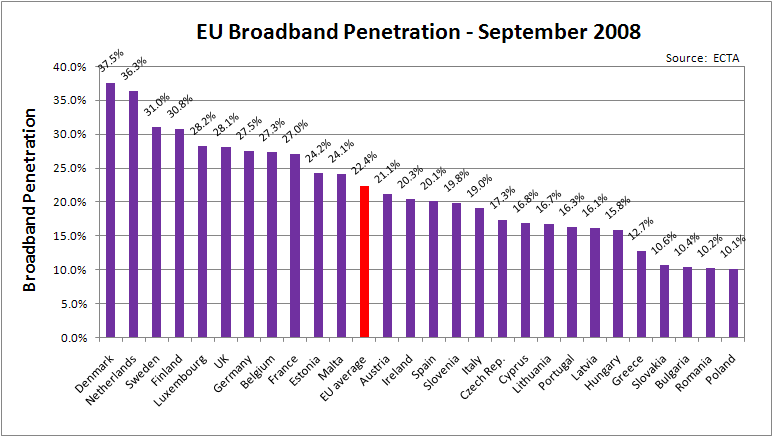 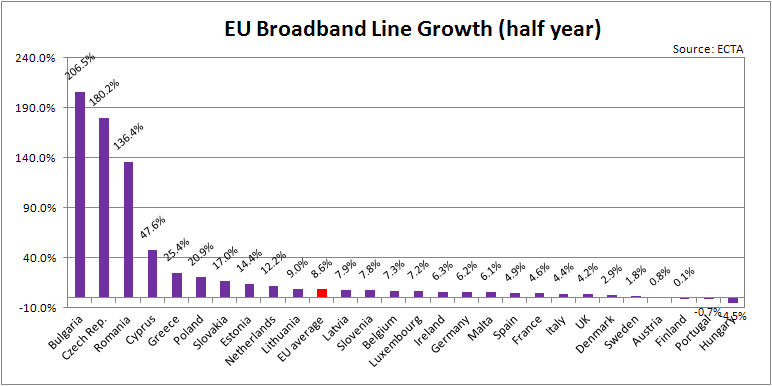 5.4 Million Added Broadband from Top Cable and Telephone Companies in 2008
Leichtman Research Group, Inc. (LRG) found that the twenty largest cable and telephone providers in the US – representing about 94% of the market – acquired over 5.4 million net additional high-speed Internet subscribers in 2008, the fewest in the seven years that LRG has tracked the broadband industry. 59% of households now have a broadband connection. Leichtman Research Group, March, 6, 2009.
ECTA
Supplied the European broadband trend data for the Bandwidth Report.
Nielsen Online
Provided the streaming media player usage data for the Bandwidth Report.