Overall broadband penetration in US homes grew to 63% in March 2009, despite a rise in average monthly rates. Broadband growth appears to be fueled largely by low-usage groups such as seniors and low-income Americans, according to a survey by Pew Internet. Meanwhile, US broadband penetration among active Internet users grew to 94.65% in May.

US Broadband Penetration Grows to 63% at Home

Overall broadband penetration across all US homes grew to 63% in March 2009, according to a survey by Pew Internet (see Figure 1). Broadband penetration grew 8 percentage points from 55% in April 2008 to 63% in March 2009. Dial-up users decreased from 10% to 7% during the same time period. Broadband growth in US homes grew mainly from low-usage groups, including seniors and low-income Americans. Overall, people living in homes with annual household incomes
below $30,000 experienced a 34% growth in home broadband adoption from 2008 to 2009. 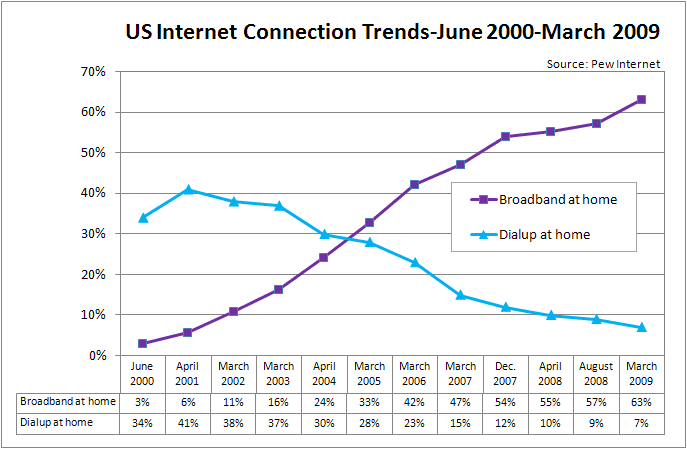 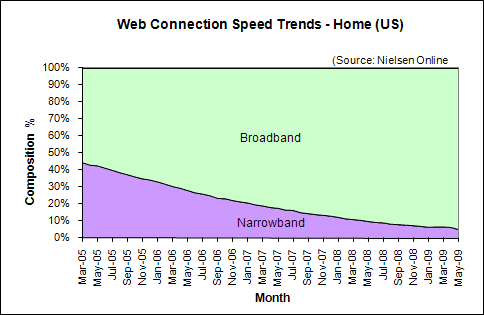 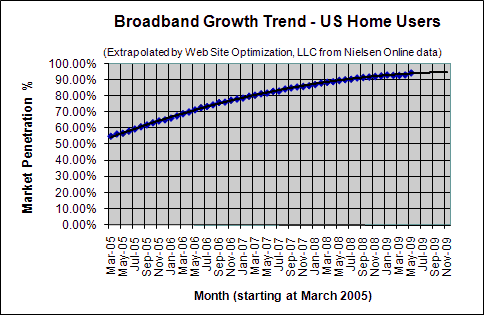 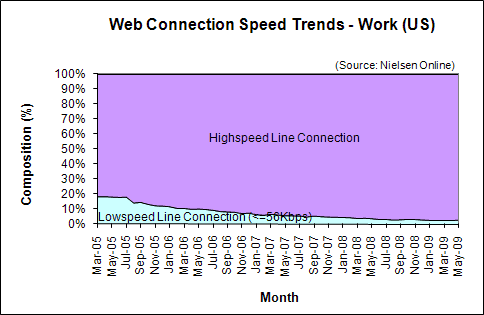