The US came in 18th among all countries surveyed in average connection speed, growing at about half the worldwide average increase over the past year. Within the US, Delaware had the fastest connection speed among the 50 states, averaging more than 7Mb per second. Washington and Georgia top the list in Internet penetration per capita, according to a recent survey by Akamai. Worldwide, South Korea continues to lead all countries in average connection speed at 11Mbps. Meanwhile, broadband penetration among active Internet users grew to 93.3% in July 2009. 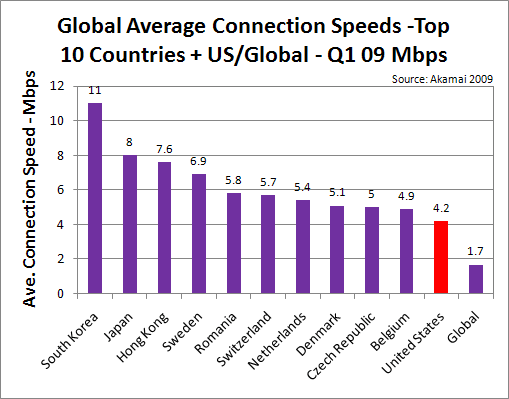 The east coast is well represented in the states with the fastest average connection speeds, with 7 out of the top 10 states from the east coast (see Figure 2). Delaware topped the list of United States in average connection speed at 7.2 Mbps, with 97% of its broadband connections above 2Mbps. New Hampshire came in second at 6.6 Mbps, followed by Nevada at 6.1Mbps, New York at 5.7Mbps, and Oklahoma at 5.6Mbps. 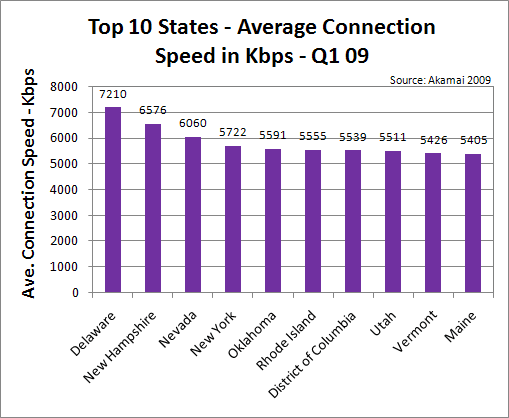 In the first quarter of 2009, the District of Columbia topped the list of narrowband states with 7.8% of connections below 256Kbps (see Figure 3). Alaska came in second at 7.2%, followed by Missouri (6.4%), Georgia (6.3%), and New Jersey at 6.1%. Four states (Maryland, Nebraska, North Carolina, and Rhode Island) saw increasing narrowband percentages on a quarter by quarter basis, while all the others showed significant decreases in narrowband percentages. 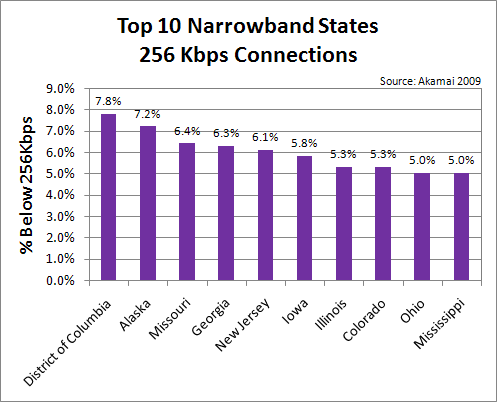 For tha past three quarters, Akamai has tracked the growth in penetration among Internet users in the United States. Using US Census population estimates and the number of unique IP address from each state that Akamai saw during the first quarter of 2009, they calculated the levels of Internet penetration on a state-by-state basis. The top 10 states are shown in Figure 4. Washington and Georgia lead all states with 0.62 IP addresses per capita. 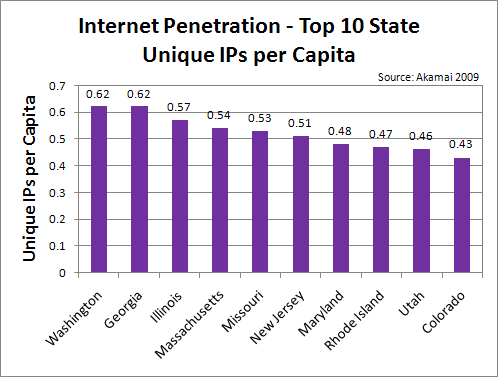 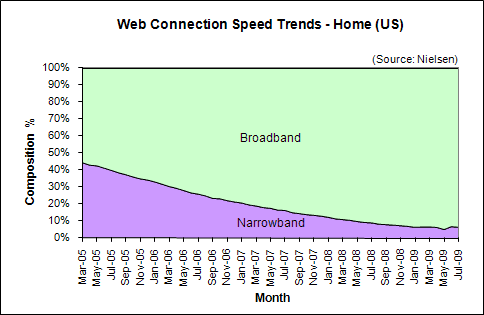 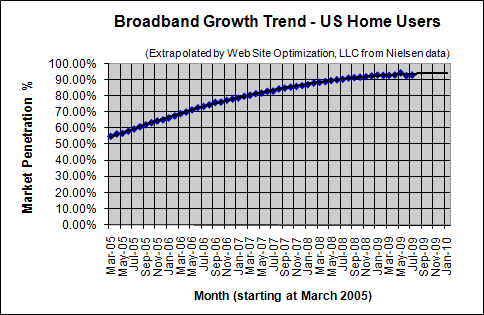 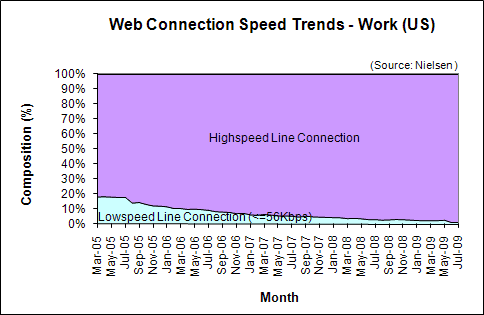 Akamai
The data shown above is derived from Akamai’s “The State of the Internet” report, showing data from the first quarter of 2009. The survey includes data gathered over Akamai’s global server network. Akamai, Q1 2009.
Nielsen
Provided the US broadband penetration data for active Internet users for the Bandwidth Report. Starting with our July 2009 broadband survey we have some new more accurate data for you from June and July.