Monaco drew a winning hand in a recent survey with 47.5 percent of the population on broadband, followed by Luxembourg at 46.9% in Q2 2009 (see Figure 1). Iceland jumped past Denmark into third place at 38.6%, with Denmark dropping to fourth at 37.8% and Switzerland moving up to fifth place from seventh at 37.1%. Indonesia grew even faster than Moldova over the past year at 106.4 percent, but its growth slowed in the last quarter.

Measured by household penetration, Luxembourg displaced Monaco for the number one spot for the first time since Q4 2007. Luxembourg had a household penetration rate of 117.2 percent, followed by Monaco at 116.9 percent, new entrant Qatar at 111.1 percent, with Malta and Bahrain tied for fourth at 101.7 percent. In the two quarters since our last survey (Q4 2008 to Q2 2009), the UK dropped from 14th place in broadband penetration to 17th place overall at 29.9 percent and the USA dropped to 22nd place at 28.9 percent. 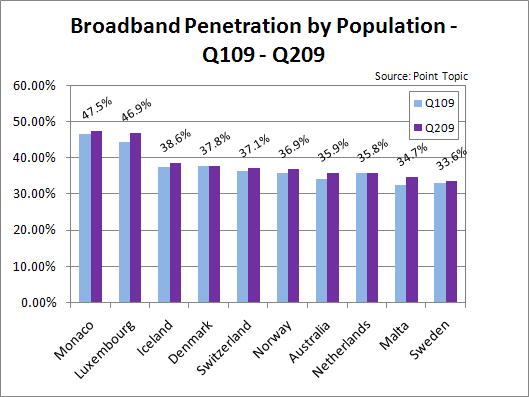 Moldova had the highest quarterly growth rate of 19.9 percent, among countries surveyed with more than 100,000 broadband subscribers (see Figure 2). Moldova had an annual growth rate of broadband subscribers of 100 percent, second only to Indonesia at 106.4 percent. Indonesia was in second place in quarterly growth in Q2 2009 at 13.8 percent. The Philippines came in third at 11.7 percent, followed by Tunisia at 10.3 percent, and Vietnam at 10.1 percent. 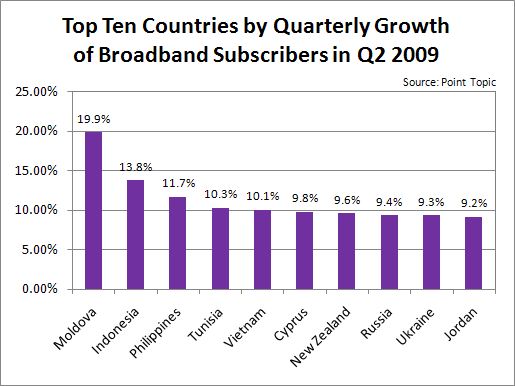 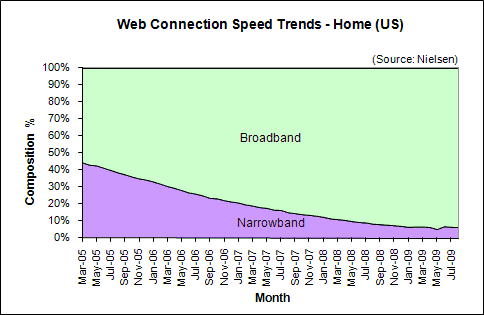 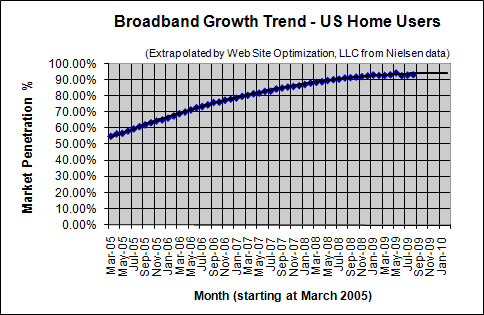 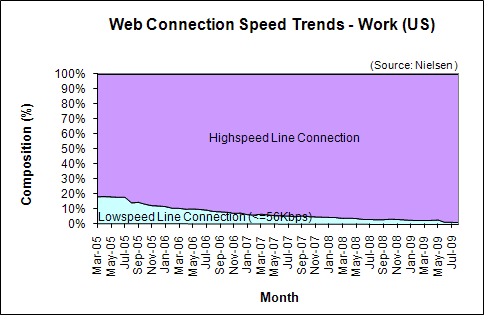