The US dropped to 22nd place in broadband connection speed worldwide in a recent study by Akamai. The fastest broadband cities in the US are college towns, according to the same study. The top 10 US cities averaged four times faster than the average US broadband speed of 3.8Mbps. Meanwhile broadband penetration among active Internet users dropped to 95.17% in March 2010. 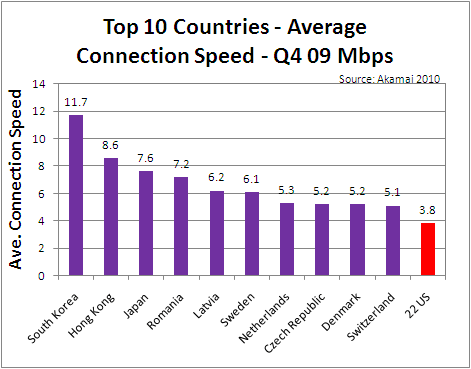 The top ten US cities in broadband speed are dominated by college towns, according the Q4 2009 “State of the Internet” survey by Akamai (see Figure 2). Berkeley, California tops the list at 18,730 Kbps, followed by Chapel Hill, North Carolina at 17,483 Kbps. Stanford, California came in third at 16,856 Kbps, followed by Durham, NC at 13,636 Kbps, Ithaca, NY at 13,265 Kbps, and Ann Arbor, Michigan came in sixth overall at 13,178 Kbps. The top 10 cities for broadband speed average about 4 times the US average broadband speed of 3.8Mbps. 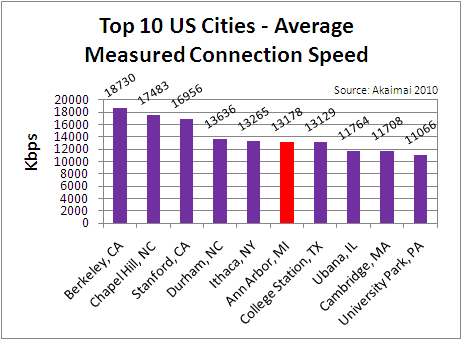 At the other end of the spectrum, Akamai measured which countries had the most “narrowband” connections below 256Kbps.
Mayotte topped the list with 99% of the population on connections of 256Kbps or less, averaging 40Kbps (see Figure 3). Wallis and Futuna came in second at 97% on narrowband, followed by Guyana at 96%, Cuba at 95%, and Ethiopia at 92%. In comparison the US had 8.6% of the population on narrowband connections, up 84% over the last quarter. Akamai attributes this increase in slower connections to the spread of mobile devices. 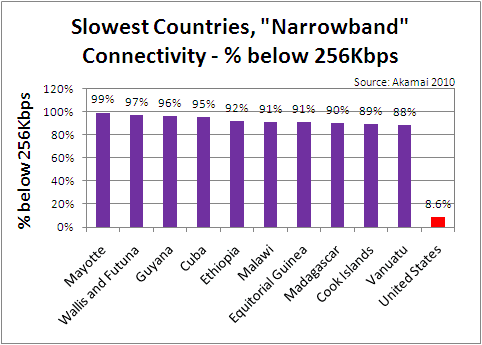 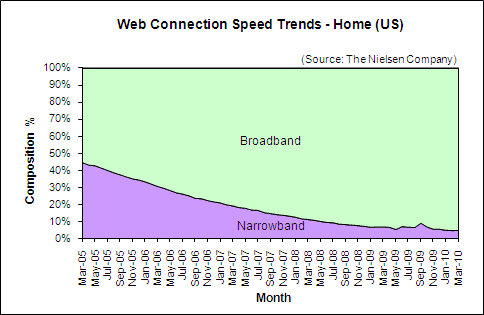 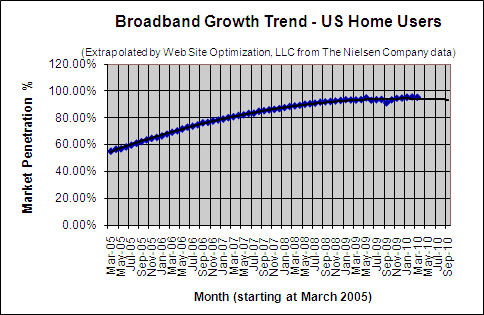 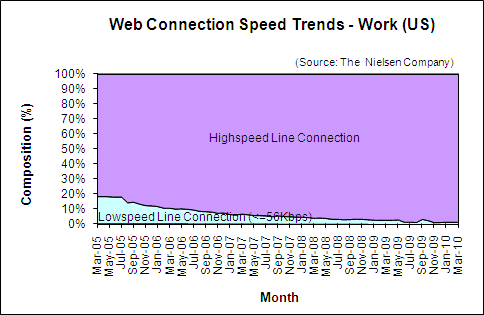