Two-thirds of adult Americans (66%) use a high speed Internet connection at home, according to a recent survey by PEW Internet. US broadband penetration is up only 3 percentage points over the same time a year ago however, when broadband penetration stood at 63% in April 2009. While most demographic groups showed slow growth, African-Americans were a major exception. 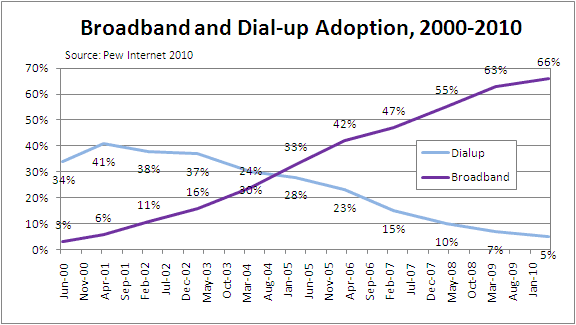 Figure 1: Broadband Penetration versus Dialup, from 2000 to 2010
Source: PEW Internet

On a percentage increase basis, the growth in broadband penetration from April 2009 to May 2010 is up only 5% among US adults. This is in stark contrast to previous years of double-digit growth (see Figure 2). 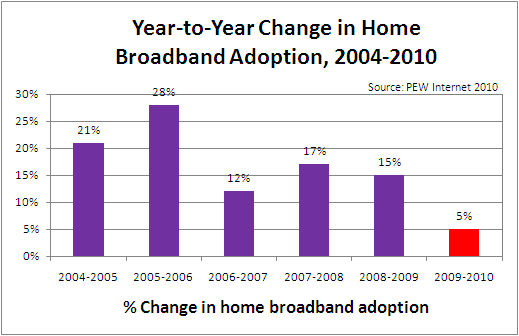 While other demographic groups exhibited slow growth, African-Americans were the exception. Broadband penetration among African-American adults was at 56% in May 2010, up from 46% in April of 2009. This is a 22% year-over-year growth rate.