Fixed broadband and Internet users experienced slower growth than mobile broadband and cellular subscribers over the past decade (see Figure 1). Fixed telephone lines actually decreased from a high of 19.4% in 2006 to 17.3% penetration in 2010. 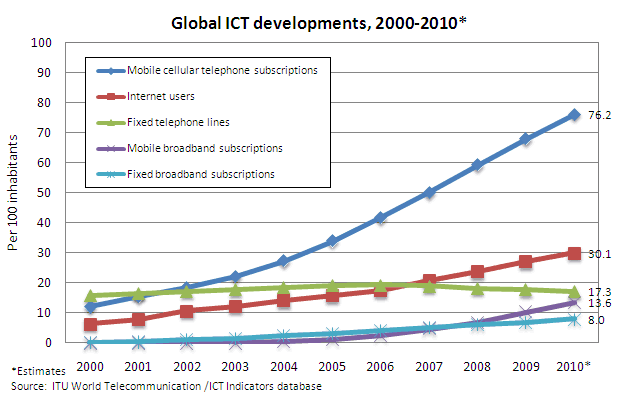 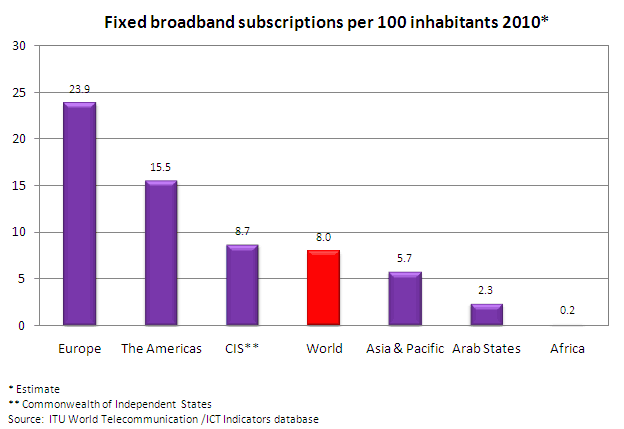 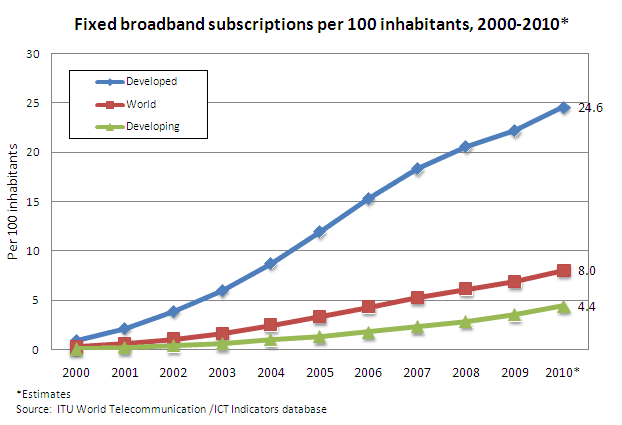 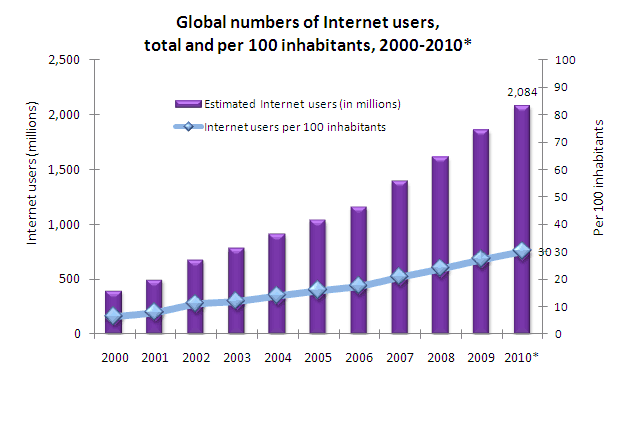 Figure 4: Global Internet Subscriptions and Penetration from 2000 to 2010
Source: ITU

Europe leads the world in Internet usage with 65% of the population on the Internet (see Figure 5). The Americas follow with 55% penetration, and the Commonwealth of Independent States at 46% penetration. The worldwide average of Internet penetration is 30%. 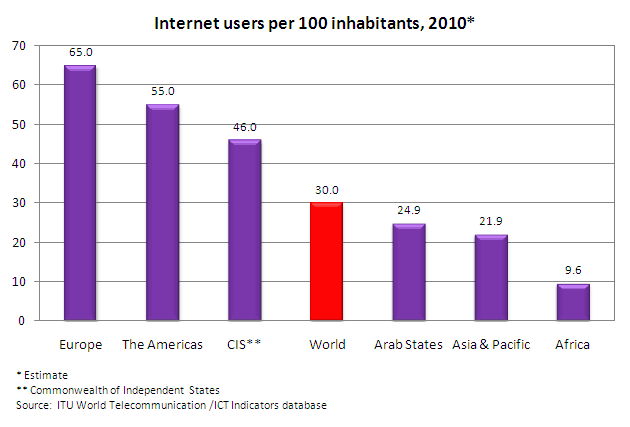 European Mobile Broadband Penetration Nearly Twice the Americas
Europe leads the world in mobile broadband penetration with nearly twice the adoption rate of the Americas. The Commonwealth of Independent States leads the world in cellular adoption with over 130% penetration.
ITU
Provided the data used in this report.
Wi-Fi in the Home
A study into the effect of the “air mile” on consumer broadband performance found that Wi-Fi reduced wired broadband performance by an average of 31.6%, and increased latency by 10 to 20%.