Each year, the FCC is tasked with reporting on the state of broadband adoption in the United States as compared to the rest of the world. The FCC’s second International Broadband Data Report presents comparative data from multiple sources on the extent of international broadband service capacity based on the best data available. The report found that there is a significant correlation between broadband adoption and income, population, and population density, with the strongest correlations from GDP and population density.

These factors help explain the rates of US broadband adoption as compared to the rest of the world. “Based on OECD data, the United States ranks ninth for
mobile broadband adoption on a per capita basis and 12th for fixed (e.g., DSL or cable) broadband on a
per household basis. U.S. fixed broadband adoption lags behind such countries as South Korea, the
United Kingdom, Canada, and Germany, but exceeds adoption rates in Japan and the EU average.” Figure 1 shows the uncoordinated scatter plots for the regression analysis. 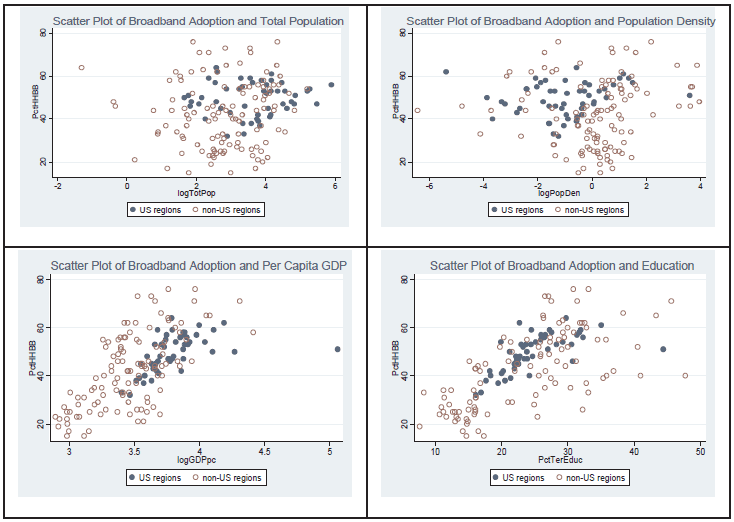 Surprisingly, the FCC’s model did not find a statistically significant relationship between education and broadband adoption.