The US ranks 24th in wireless broadband penetration worldwide, according to a recent survey. Europe leads all regions in broadband speeds, averaging more than 2.7 times the worldwide average.

US Ranks 24th in Wireless Broadband Subscribers per 100 Inhabitants 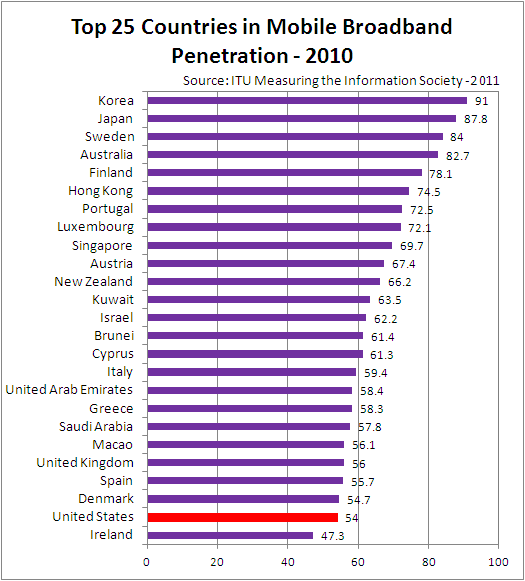 Meanwhile Europe leads all regions in bandwidth speeds, with more than 2.7 times the worldwide average in bandwidth data rates (see Figure 2). Africa, Asia & Pacific, and the Arab States came in last. The Americas moved below the world average from 2005 to 2010. 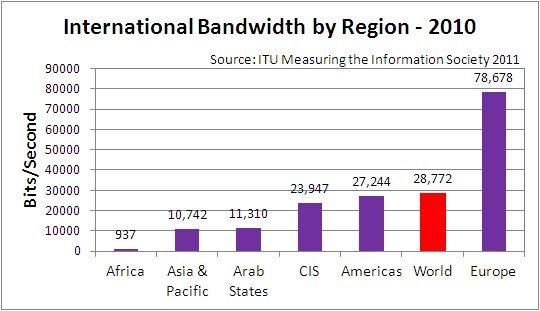 ITU Measuring the Information Society 2011
An extensive report with data and graphs showing trends in mobile and non-mobile broadband among
many countries.