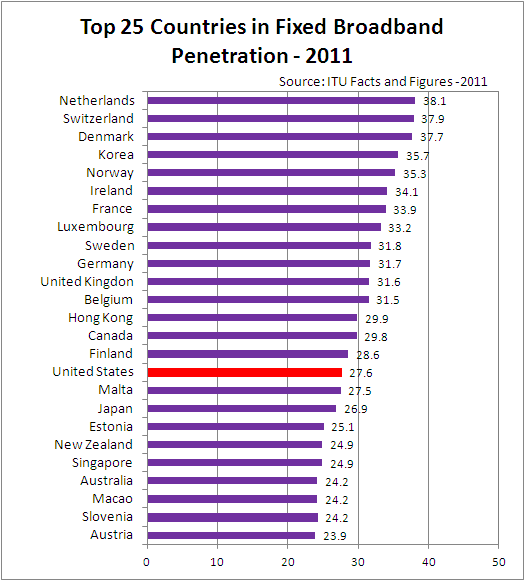 International Telecommunications Union: Facts and Figures 2011
This 2011 report summarizes a wide range of statistics about the world’s growth in Internet, mobile, and fixed broadband use.