New Zealand broadband grew faster than any other country in a recent survey. The US remained in 15th place in broadband penetration worldwide, with a growth rate of 2.6% over the first half of 2012.

New Zealand topped all countries in broadband growth in a recent survey (see Figure 1). In the first half of 2012, New Zealand broadband penetration grew by 4.6%, followed by Chile at 3.9%, Greece at 3.9%, the Czech Republic at 3.8%, the Sloval Republic at 3.1%, Portugal at 2.8% and the United States at 2.6% growth. The US came in 7th in fixed broadband growth, above the OECD average of 1.4% growth worldwide. Portugal, our previous leader, had the lowest growth over the same 6 month period, dropping by 2.1%. 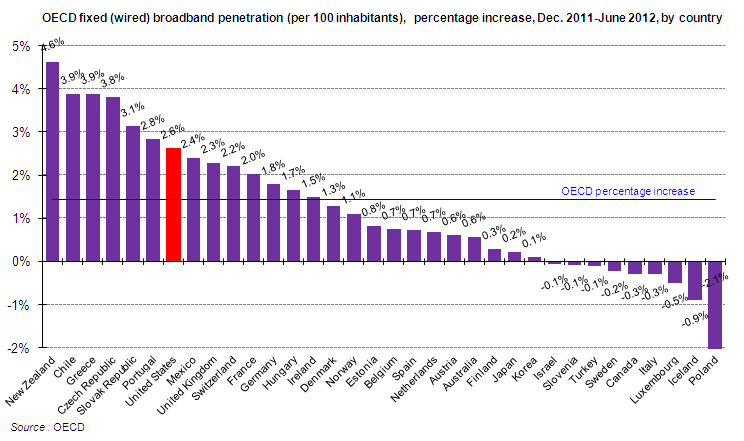 US Remains in 15th Place in Broadband Penetration Worldwide 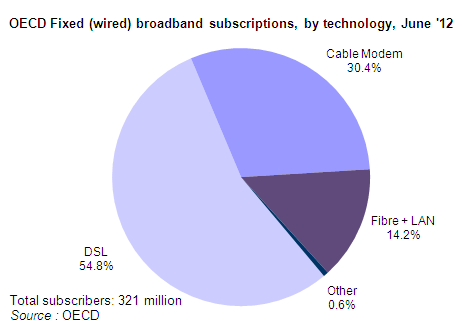 Broadband Penetration among the G7 Countries