In our April bandwidth report we reported that the US dropped to 15th out of 30 countries surveyed by the OECD. The Information Technology and Innovation Foundation (ITIF) says that the broadband penetration data reported by the OECD is not an adequate measure of a nation’s relative position in broadband technology. The ITIF suggests that adding speed and price to the equation would show a more complete picture of a nation’s broadband rankings. Calculated in this way the US ranks 12th in global broadband penetration, two spots behind Canada at 10th overall (see Table 1). Turkey paid the highest price for high-speed broadband at $115.76 per month while Japan paid the least for high-speed broadband service at $0.27 per month.

The OECD data was also questioned by Market Clarity recently, a “telecommunications intelligence” firm based in Australia. Not surprisingly Australia came out ahead in the Market Clarity report. The OECD responded with questions of their own about Market Clarity’s methodology.

“Market Clarity’s omission of current, official data sources and subsequent estimation of broadband totals undermines the statistical validity of the report’s findings. In addition, Market Clarity has chosen to adopt a different methodology for counting broadband (e.g. including 3G) than the OECD but then applies it inconsistently. Finally, Market Clarity is also inconsistent across countries in how it attempts to remove connections slower than 256 kbit/s.” – Source: OECD

US Passes Canada in Broadband Penetration

US versus Canadian Broadband Penetration Over Time 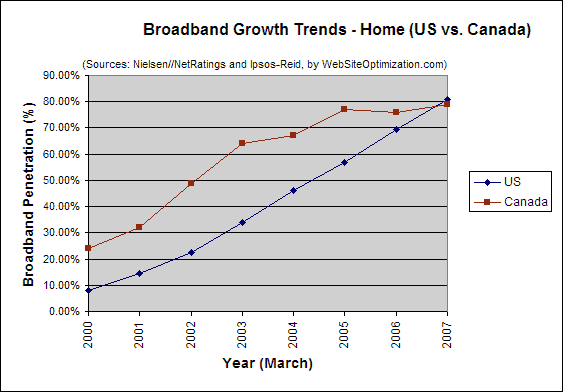 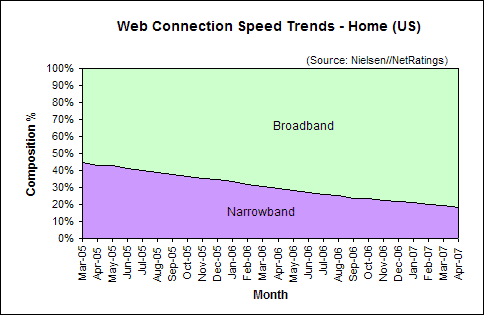 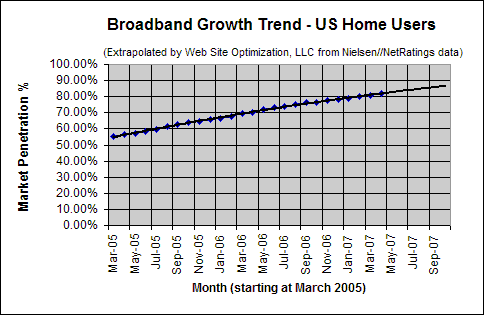 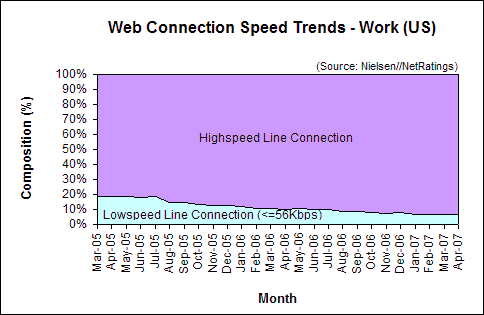