Countries in Western Europe are growing at a faster pace in broadband subscribers than the US and Canada. Confirming the broadband trend from last month’s report Western European countries are adding subscribers at faster rate than North America, according to a recent report by Point Topic. Meanwhile in the US, broadband penetration grew 0.56 percentage points to 85.31% among active Internet users in September 2007.

Western European countries are growing broadband subscribers at a faster pace than North American countries, according to a recent report by Point Topic. Both regions have followed a similar pattern over the past three quarters with both experiencing an increase in growth in Q4 2006 and decreases in both Q1 2007 and Q2 2007. Figure 1 shows how these two regions have showed similar trends, with Western Europe showing a higher quarterly growth rate in Q2 2007 of 5.28% versus North America with a growth rate of 3.14%. The annual growth rates show a similar pattern. Western European countries grew subscribers at an annual rate of 28.19 percent from Q2 2006 to Q2 2007, while North American countries grew subscribers by 21.9 percent over the same period. 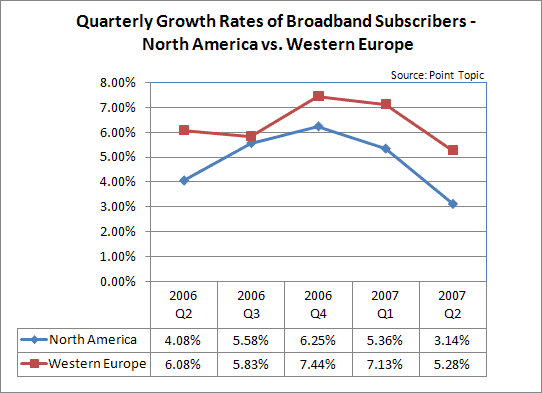 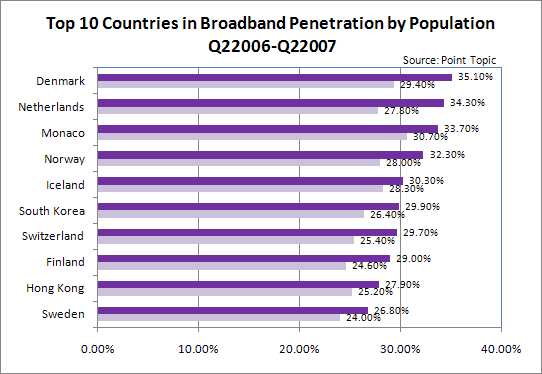 Figure 3 shows the top 10 countries with the highest broadband growth rates for the year Q2 2006 through Q2 2007. Only countries with 100,000 or more lines by Q2 2007 were included in this survey by Point Topic. Indonesia leads all qualifying countries with the highest annual growth rate of 222.88 per cent. Indonesia increased broadband subscribers from 53,735 to 173,500, primarily due to incumbent PT Telkom’s increase in subscriber base. However, for a country of this size, Indonesia is behind more developed countries in broadband penetration on a population basis. The Ukraine follows at 181.68% growth in broadband subscribers, with Greece at 145.87%. Vietnam moved from sixth to fourth place to 137.49% growth through a higher rate of increase over the previous year. The Philippenes (131.5%), Egypt (128.03%), Tunisia (121.74%), Romania (104.52%), United Arab Emirates (88.69%), and Croatia (76.4%) round out the top ten. 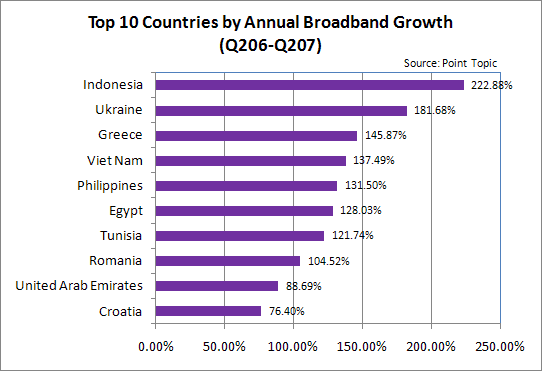 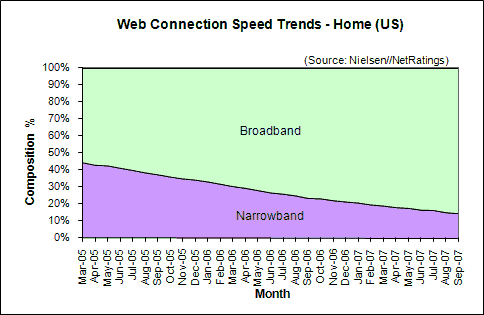 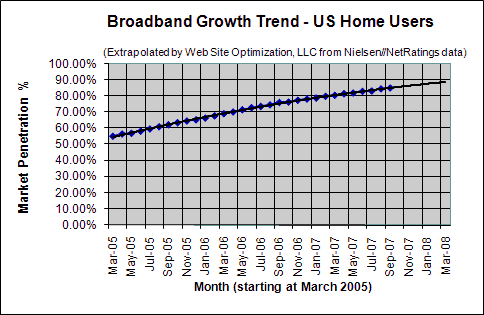 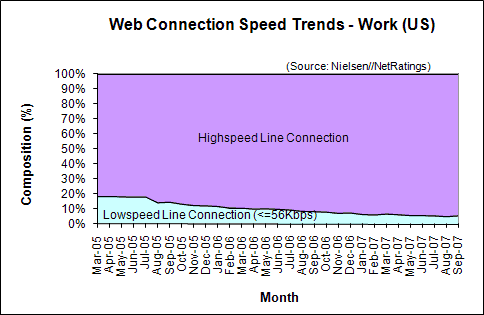