UK to pass Canada in Broadband Penetration in 2008 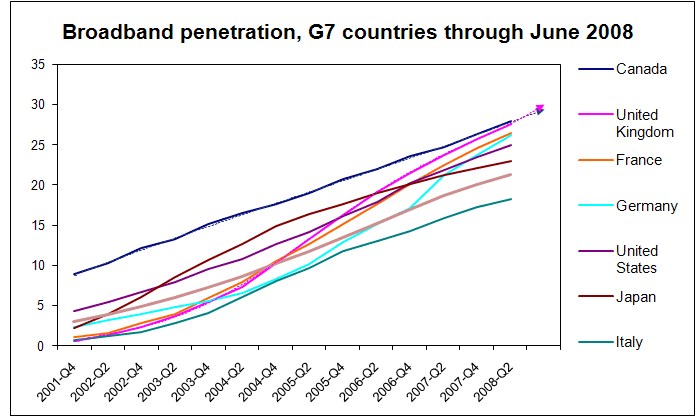 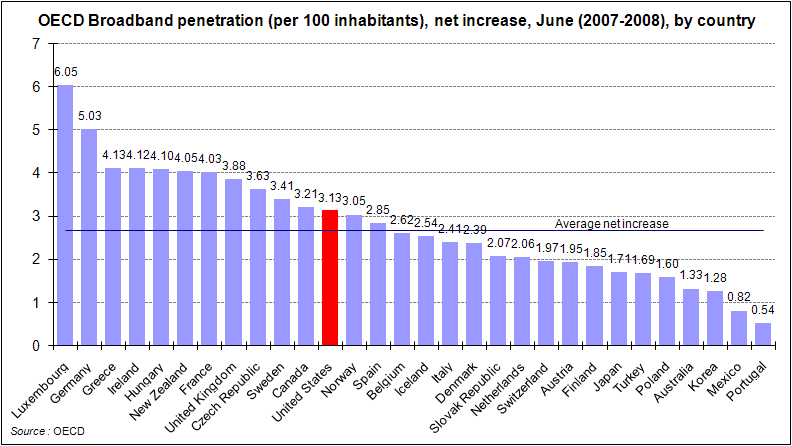 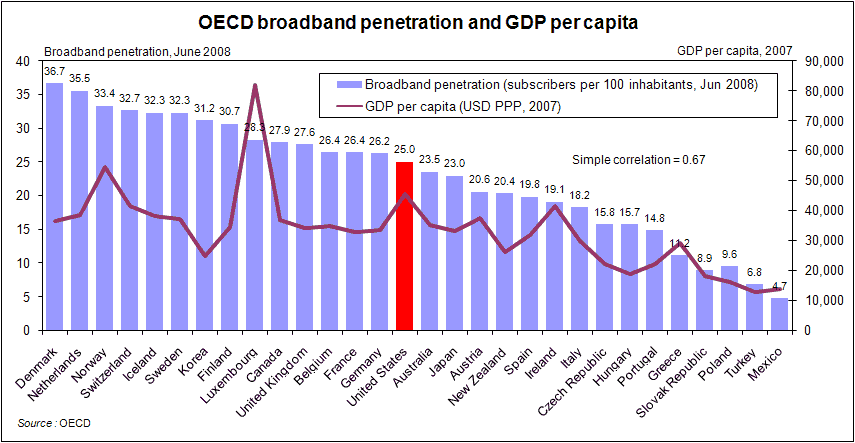 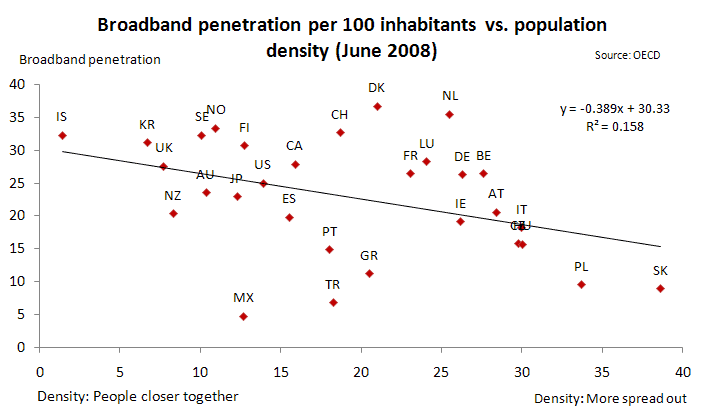 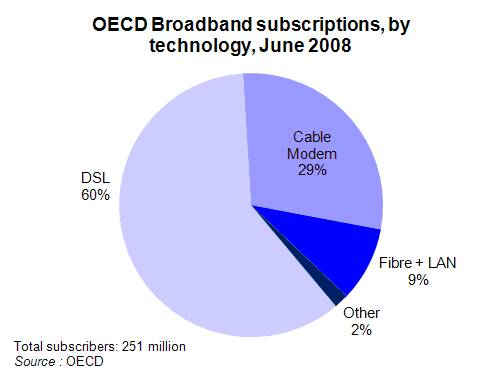 Figure 8 shows the overall broadband penetration rankings over the past seven years for OECD countries worldwide. Denmark (36.7), the Netherlands (35.5), Norway (33.4), Switzerland (32.7), and Iceland (32.3) lead all countries in broadband penetration per 100 inhabitants. Canada came in 10th at 27.9 broadband subscribers per 100 inhabitants, followed by the UK at 11th at 27.6, and the US came in 15th at 25% of the population on broadband. 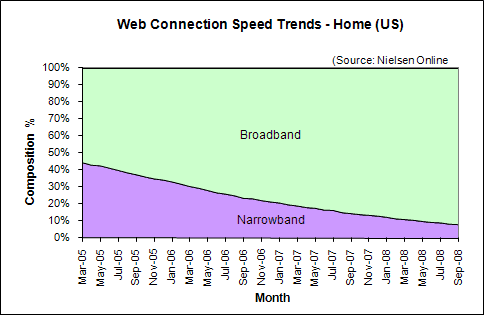 In September 2008, broadband penetration among active Internet users in US homes grew by 0.26 percentage points to 91.8%, up from 91.54% in August. This increase of 0.26 points is half the average increase in broadband of 0.53 points per month over the last six months (see Figure 10). 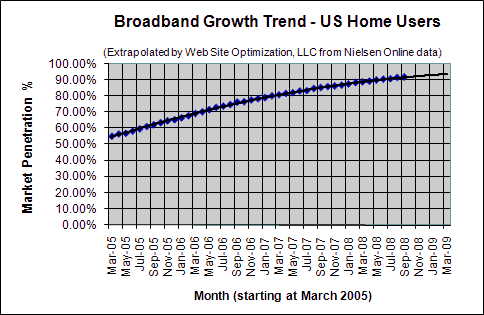 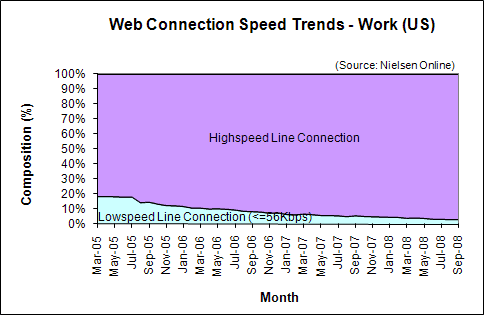 Nielsen Online
Provided the US broadband penetration data for active Internet users for the Bandwidth Report.
Organisation for Economic Co-operation and Development
The OECD’s October 2008 report provided the data for this month’s bandwidth report (June 2008 survey).