Japan has the highest percentage of fiber-optic subscribers to broadband in the world. Nearly 48% of broadband subscribers use fiber-optic connections in Japan, well above the OECD average of 10% worldwide. At its current growth rate, more than half of Japan’s broadband lines will be on fiber-optic networks by the summer of 2009. Meanwhile, US broadband penetration among active Internet users grew to 93.44% in April. 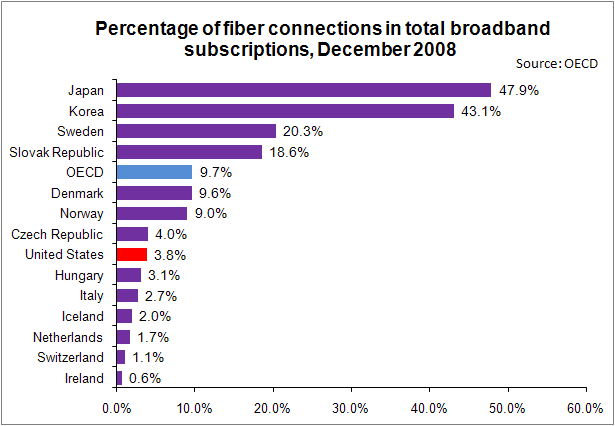 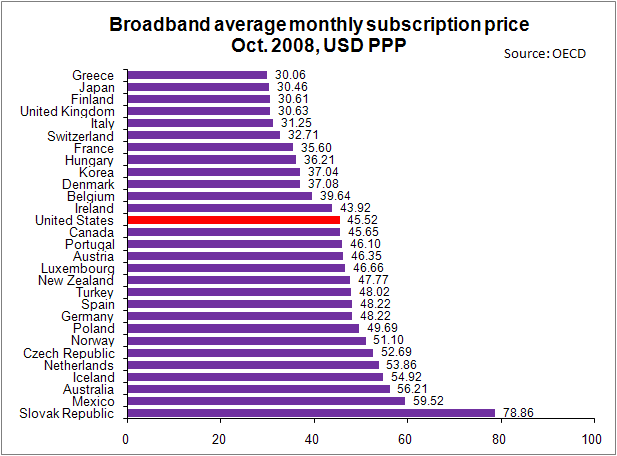 While Korea continues to give broadband subscribers the most bang for their buck (only 85 cents per Mb/second), their average monthly subscription price is $7 higher than Greece and Japan. With its more developed high-speed broadband infrastructure, Japan continues to deliver a fast yet low-cost broadband experience to its subscribers with less than $5 per Mb/second throughput ($4.79). The price of bandwidth in the US is over twice that of Japan, at $10.02 per Mb/second of broadband. Note that while Canada and the US have nearly the same monthly subscription price of $45, the advertised throughput is over 2.5 times slower in Canada ($26.11 per Mb/second). 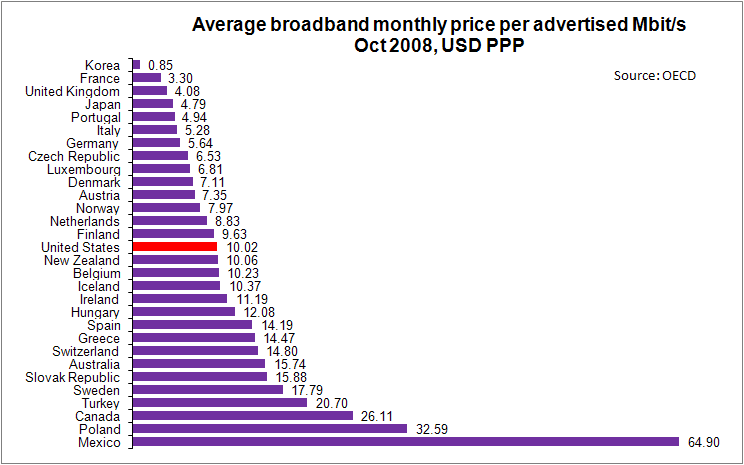 Broadband Penetration versus GDP Per Capita 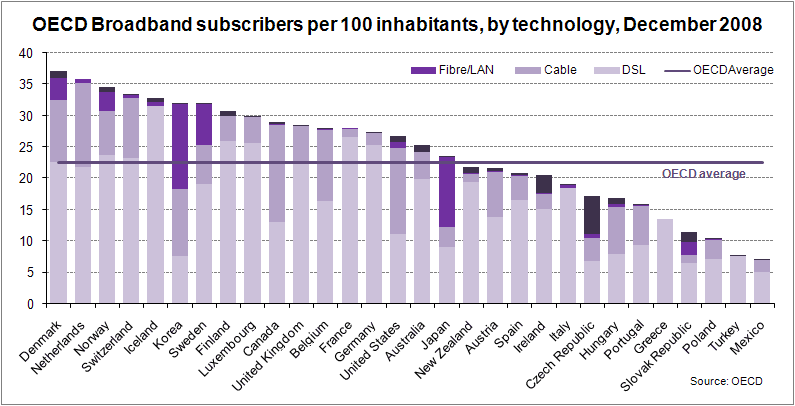 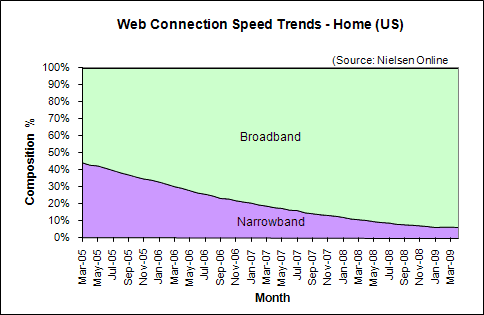 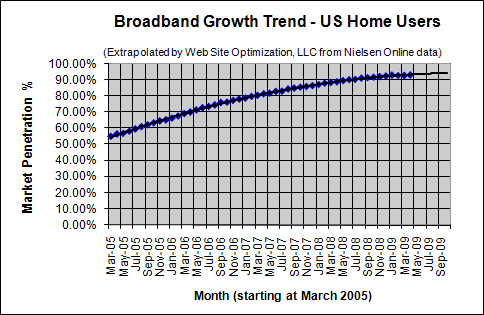 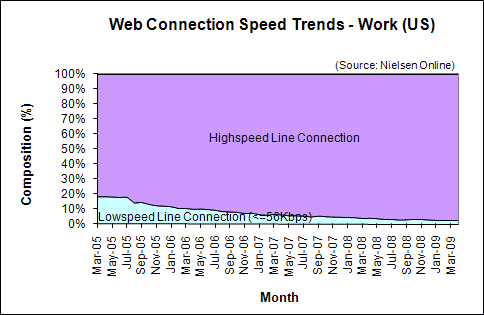