Who will get the biggest piece of the streaming media pie? By sometime next year it could very well be Apple. Driven primarily by the rapid growth in iTunes, Apple’s players are becoming more popular, while Microsoft and RealPlayer are flat or losing market share (see Figure 1). Meanwhile, broadband penetration among active Internet users grew slightly to 95.33% in February 2010. 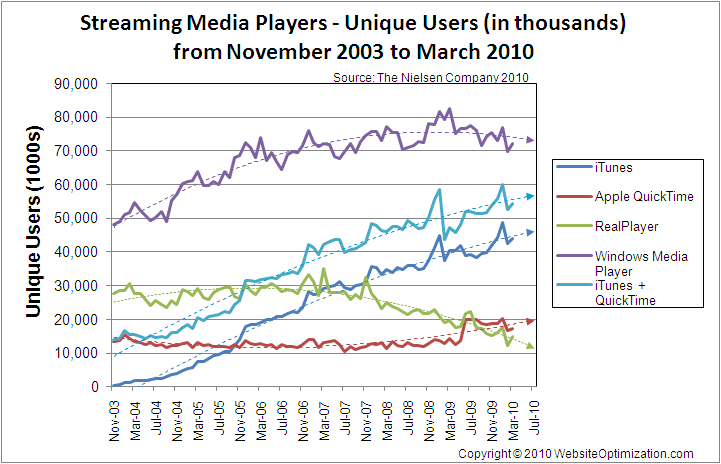 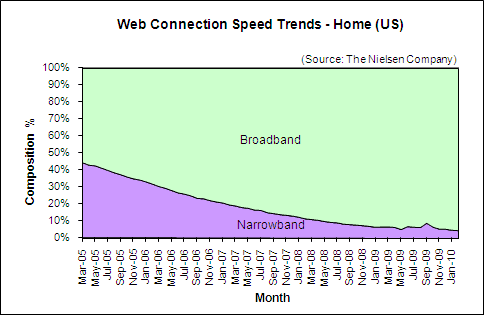 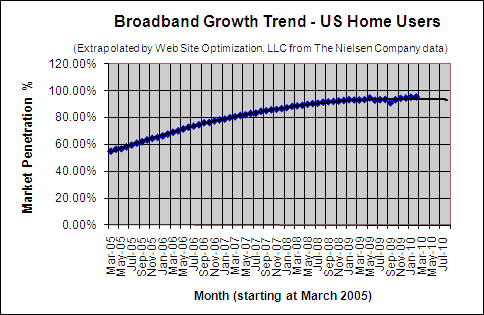 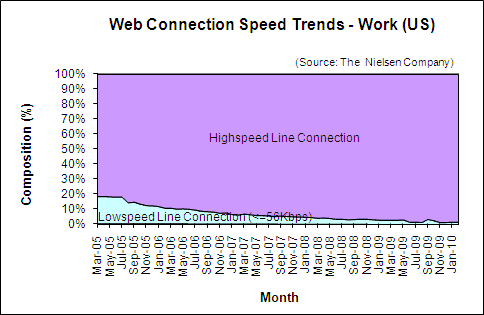 Nielsen
Provided the US broadband penetration data for active
Internet users as well as the streaming media data for the Bandwidth Report.