Since our last streaming media report Apple has made gains in market share (from 41.2% to 42.4% from March 2010 to August 2010 respectively) while Microsoft’s total usage has declined from 72,311,000 to 70,025,000 users. Figure 1 shows the streaming media player market up until August 2010. At current growth rates, Apple iTunes plus QuickTime users should pass Microsoft users by early 2011. 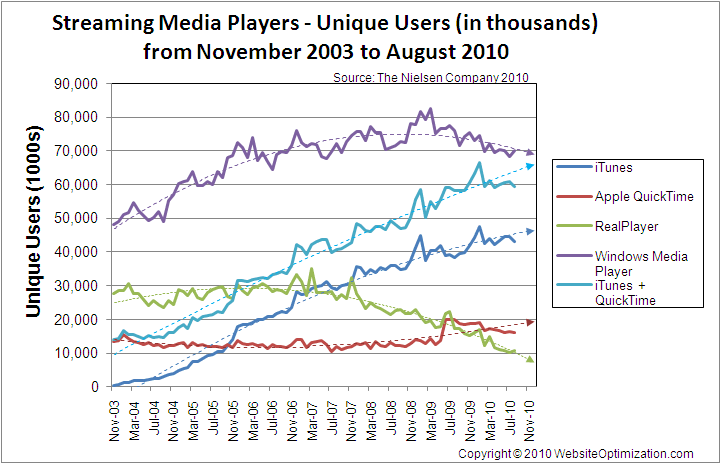