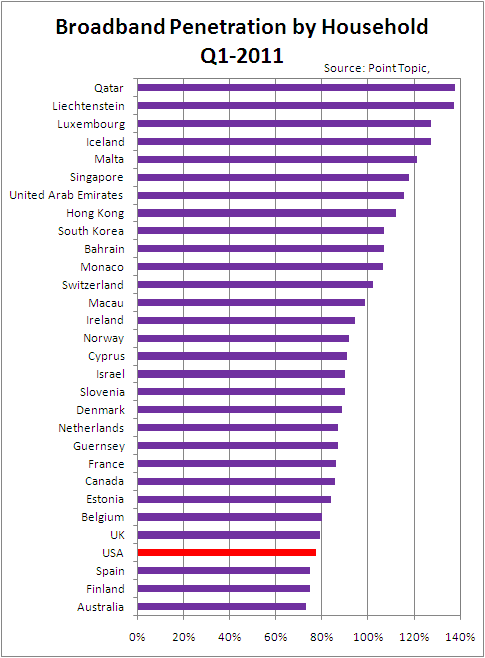 US Remains at 22nd Place in Broadband Penetration by Population 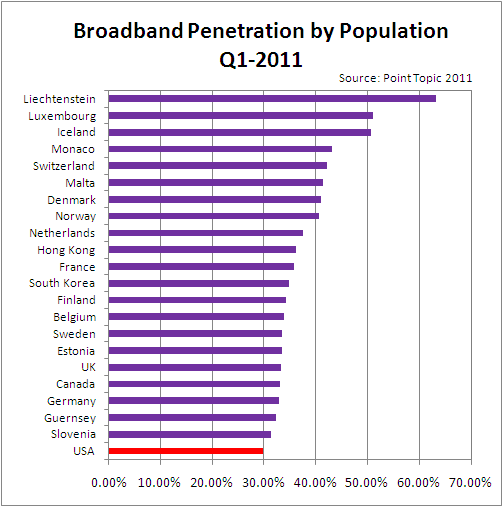 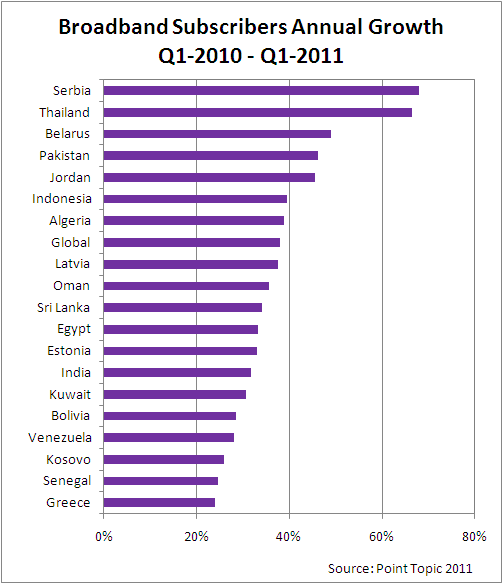 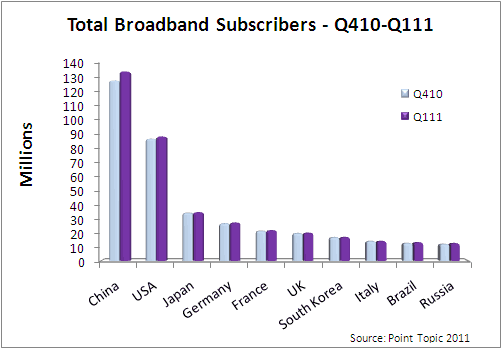