US Drops to 23rd in Broadband Penetration Worldwide 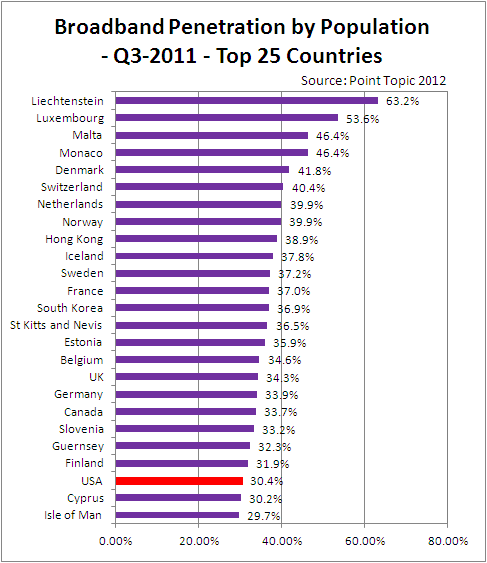 US Drops to 28th Place in Broadband Penetration by Household

Point Topic Broadband Database 2012
The Point Topic broadband database is the source of these statistics, used by permission.