US Jumps to 7th in Wireless Broadband Penetration

The US jumped from 24th place to 7th place in wireless broadband penetration worldwide, according to a survey from the OECD (see Figure 1). Korea leads all countries surveyed with 100.6 subscriptions per 100 inhabitants (more than 100% penetration, no doubt from multiple devices), followed by
Sweden at 98%, Finland at 87.8%, Japan at 82.4%, Denmark at 81.5%, Norway at 77.9%, and the US at 76.1%. In our last wireless survey the US was at 54% penetration (see the September 2011 Bandwidth Report for details). 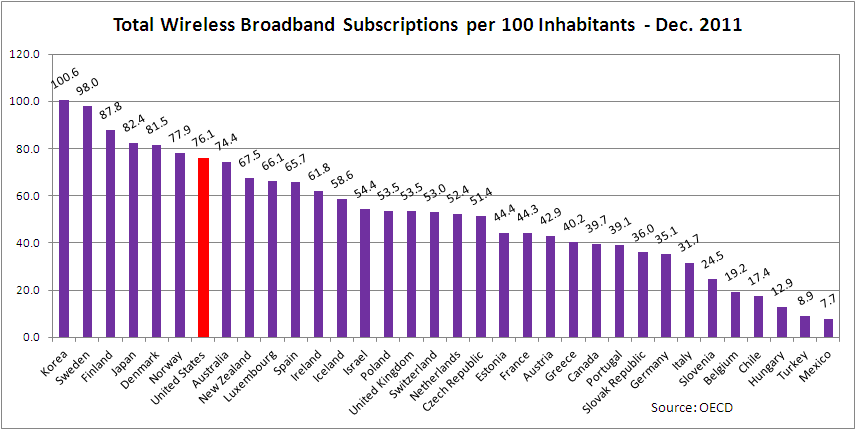 Overall, standard mobile accounts for 60.5% of subscribers worldwide, with 38.6% on dedicated data plans, 0.7% on fixed terrestrial plans, and 0.2% on satellite (see Figure 3). 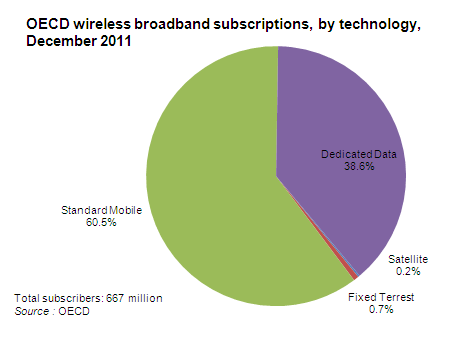