As part of the National Broadband Plan the FCC was tasked with providing more transparency in broadband information for consumers. Their latest Measuring Broadband America report tests large ISP claims of advertised speeds versus actual speeds, latency, and web page download times. This article summarizes the report and gives major findings related to web performance including:

The FCC July 2012 study is the second since the August 2011 study of the Measuring Broadband America Project. The FCC chose SamKnows.com to conduct the measurements for their July 2012 study. The study tested service offerings from 13 of the largest broadband providers in the USA, 12 which collectively account for over 80 percent of all U.S. wireline broadband connections. The objective of the Measuring Broadband America study is to measure broadband service performance as delivered by an ISP to the home of a consumer. 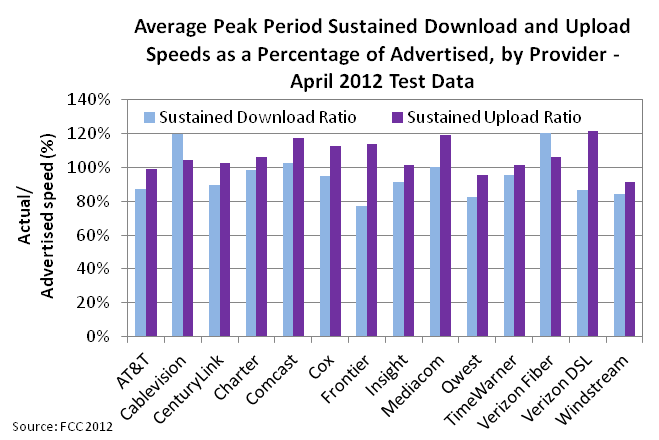 The FCC report goes on to measure the ratio of actual versus advertised speeds at various bandwidth speeds. Figure 2 shows the providers tested at the “slower” 1-3 Mbps range. 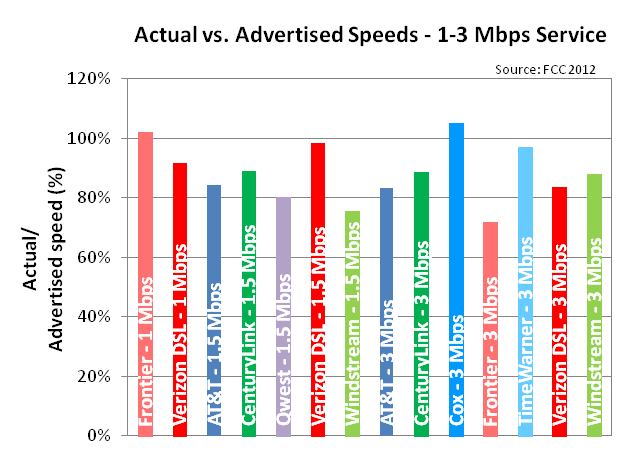 Moving up to the 6-10 Mbps speed range, only Comcast exceeded 100% among the providers tested (see Figure 3). 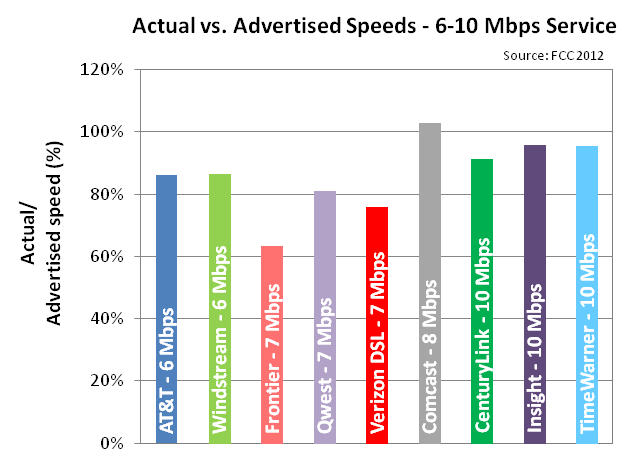 Moving higher to the 12-15Mbps speed range, six of the providers tested exceed 100% (see Figure 4). Note that there are more results at higher speeds in the full report, but we stop at this speed because speeds about 12-15 Mbps showed little or no improvement to web page load times. We’ll continue this summary in part II of this report. 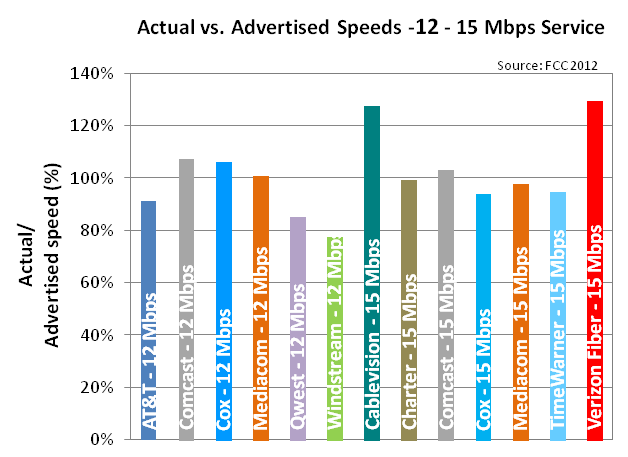 Although the gap between advertised and actual broadband speeds is closing among US ISPs, there is still a 25-33 percentage point difference between the fastest and slowest providers at identical speed tiers, We’ll explore the effects of latency and bandwidth on web page load times in part II of this report.