The US remained at 15th place in broadband penetration worldwide, according to a recent survey by the OECD. While the US led all countries surveyed in total broadband subscribers, it came in 11th place in high speed fiber penetration.

US in 15th Place in Broadband Penetration Worldwide 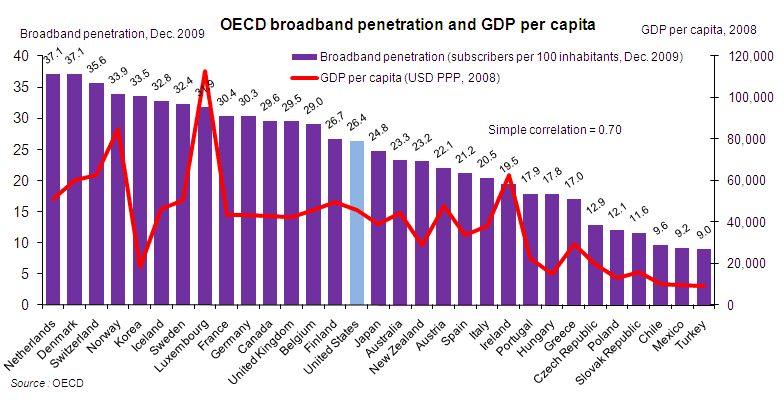 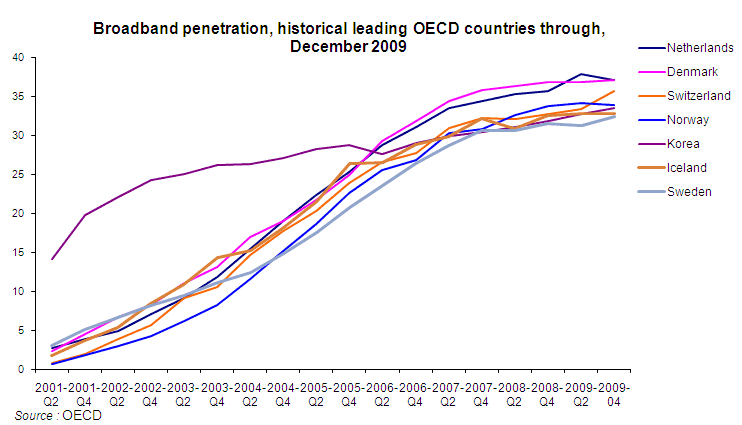 US Leads World in Broadband Subscribers 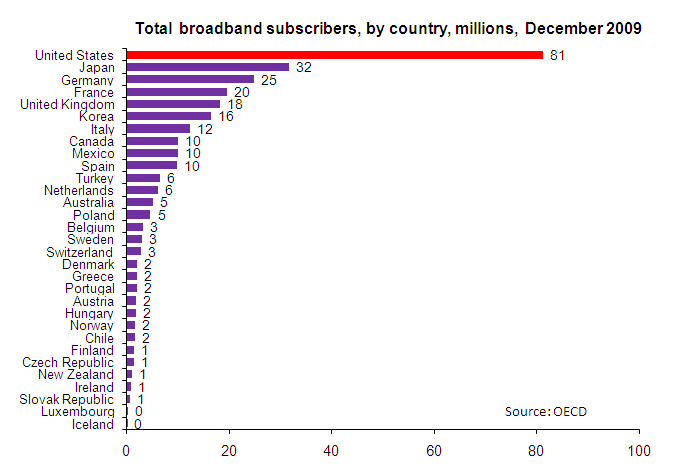 US 11th in Fiber Penetration 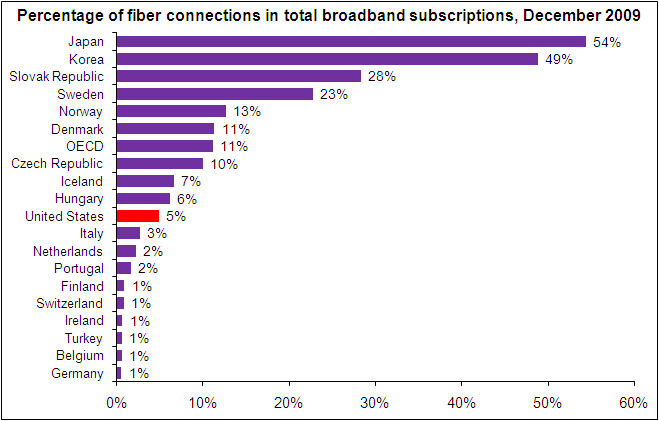 OECD
The Organization for Economic Cooperation and Development provided the data for the worldwide broadband trends in their Q4 2009 survey.