Looking at a graphical view of the data from November 2002 to March 2011 we see that Microsoft Windows Media Player users peaked around November 2008, and have steadily declined since then. iTunes usage continues to grow, showing the only growth among the four streaming media players surveyed (see Figure 1). 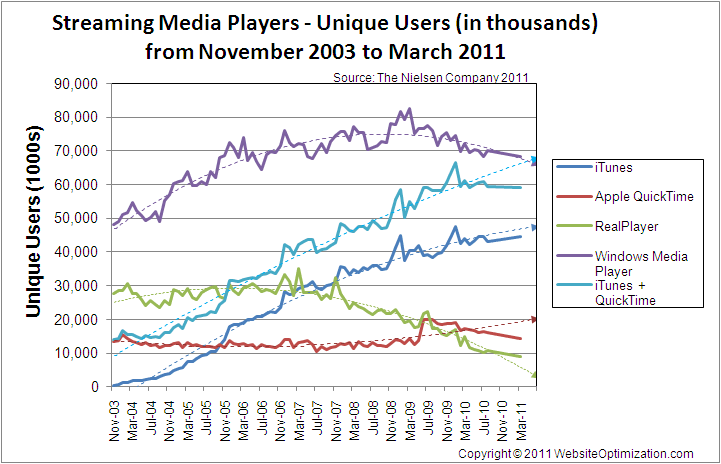