Our trusty Arca Swiss B1 ball head gave up the ghost recently after over a decade of service (see Figure 1). But as we soon discovered, all is not lost. Rather than buy the new Arca Swiss Z1 head which uses a different panning clamp, we had the good folks at Precision Camera Works completely rebuild the B1. For a fraction of the Z1 price, you can rebuild your B1 and make it much lighter. 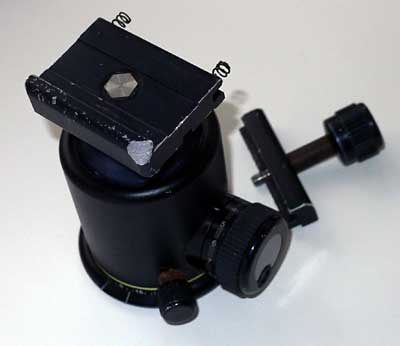 The Importance of Stability

In previous articles, we extolled the virtues of using a stable tripod, ball head and image stabilization for sharper and thus smaller images and videos. A solid ball head is an integral part of a stable platform for still and motion pictures.

The Arca Swiss B1 Monoball

The Arca Swiss series of ball heads are unique – using an aspherical ball for progressively higher tension at increasing degrees of tilt off vertical. The Arca Swiss B1 is the original aspherical ball head, which was replaced by the Z1 model. The latest Z1 uses a lever to tighten the panning base, which in some cases can interfere with wide flat plates used in some Gitzo tripods (1325 etc). Arca Swiss reports that locking the panning lever before the head is installed should eliminate the wide plate interference problem some users have reported. The small panning lever of the Z1 only requires about 1/4 turn to loosen, as long as it is locked when the head is installed on the tripod. Arca Swiss chose to use a lever because having a knob at the lower position of the Z1 lever would not accommodate your fingers. The author elected to rebuild the B1 instead of buying the new Z1.

The Desmond skeleton clamp weighs a mere 61 grams, using computer modeling and CNC machining to pare out unneeded metal (see Figure 2). Made entire of aluminum, the clamp is lightweight yet strong, and takes standard Arca Swiss clamps from the likes of Really Right Stuff and Kirk. 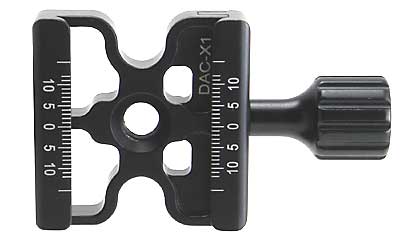 Rebuilding the Arca Swiss B1 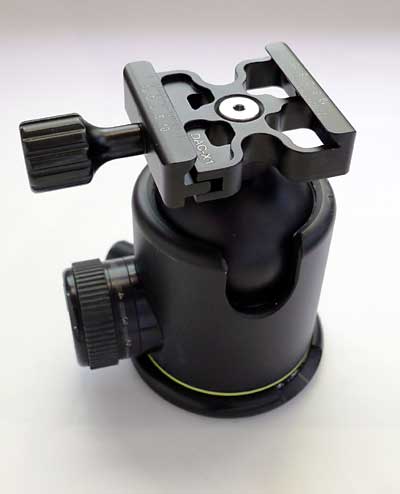 Figure 3: Arca Swiss B1 After Rebuild

The weight savings were significant. The Arca Swiss B1 weighed 780 grams before the rebuild. After the rebuild with the lightweight Desmond clamp the B1 weighed only 643.5 grams, some 17.5% lighter. In comparison, the Arca Swiss Z1 weighs 680 grams with the Classic quick release (screw clamp).

Of course you do the same thing to the Arca Swiss Z1, and replace the default clamp with the skeleton clamp. Subsituting the Desmond skeleton clamp would probably reduce the Z1’s weight into the 500+ gram range. Note that there is a version of the Z1 that is 635 grams, it isn’t clear what clamp is used for this model.

By rebuilding the Arca Swiss B1 ball head with a lighter clamp we were able to reduce its weight by 17.5%. The weight of the modified B1 is actually lighter than the “classic” Z1. Lighter weight ball heads are easier to carry when hiking. Solid ball heads provide sharper and smaller pictures and videos.