Personal consumer data has become the oil of the 21st century. American companies are expected to spend close to $20 billion on consumer data in 2018 (New York Times 2018). Data trackers are the main way advertisers gather this valuable consumer data.

Trackers are small JavaScripts used by advertisers like Google and Facebook to monitor consumers while they browse websites. In addition to privacy concerns, each tracker on a webpage costs webpage speed. Researchers at Ghostery and CliqZ conducted a study to see the performance effects of tracking of the top 500 websites.

The Prevalance of Tracking

Using a custom crawler, the researchers set out to collect the number of trackers and page load times for the top 500 websites in the US as determined by Alexa. Using Ghostery, an ad and tracker blocking browser extension, and some performance-oriented JavaScript the researchers found that just over 10% of the top websites are tracker free. In other words nearly 90% on the top 500 websites use one or more trackers.

The Cost of Tracking

On average websites take more than twice as long to load with trackers than without (see Figure 1). The average top 500 website loaded in 19.3 seconds with trackers. With trackers blocked the load time dropped by 55% to 8.6 seconds. 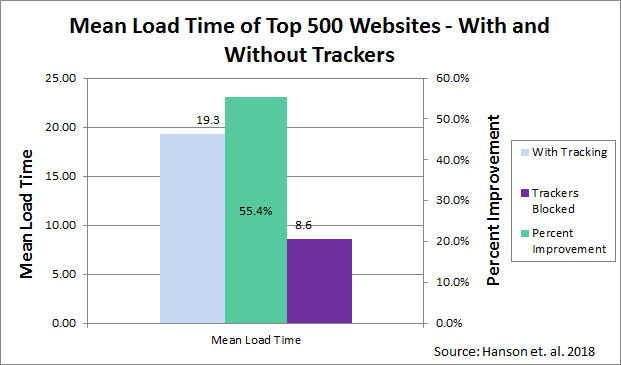 Figure 1: Mean Load Time of Top 500 Websites With and Without Trackers 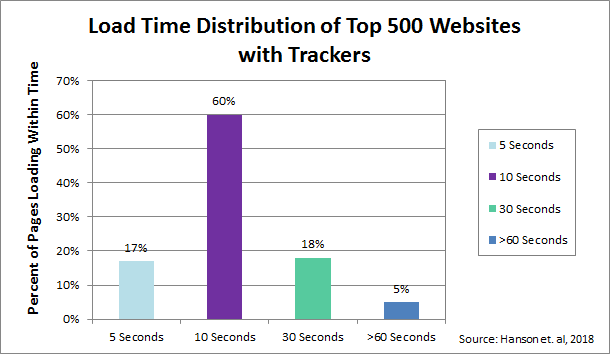 The 10 Most Tracked Websites

The most tracked websites in the study showed the cumulative effect of trackers. Seven of the top 500 websites had over 100 trackers present (see Figure 3). 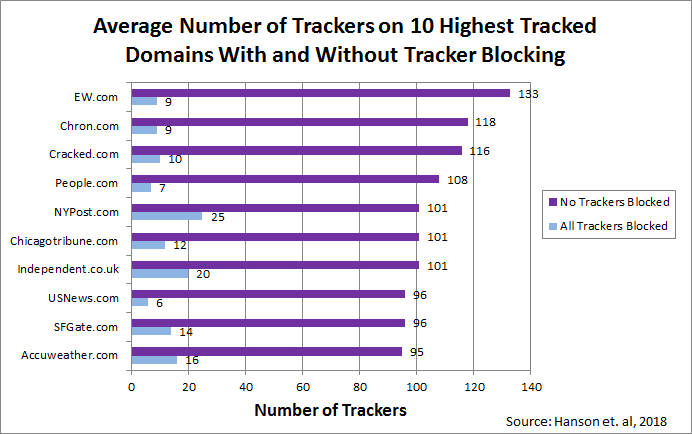 Figure 3: Most Tracked Domains With and Without Trackers

The slowest domains were on average 10 times faster when trackers were blocked and users saved an average of 84 seconds per page load (see Figure 4). 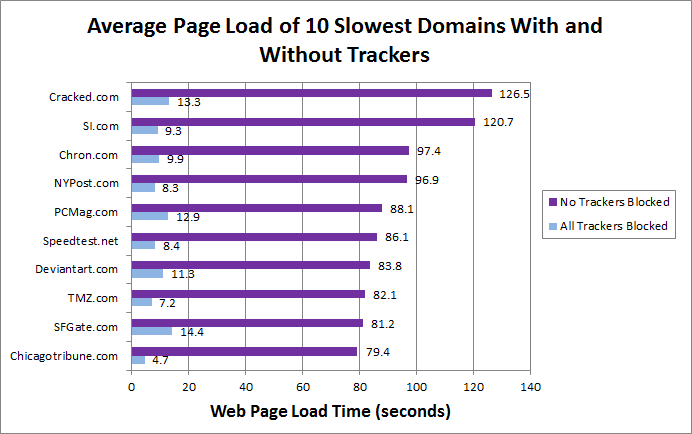 Figure 4: Slowest Top 500 Websites With and Without Trackers 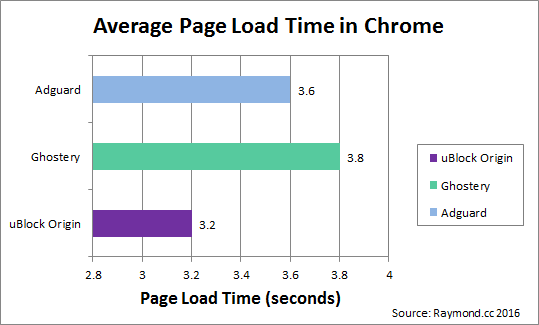 The use of tracking software has a significant compounding effect on website performance. Each additional tracking widget slows web page load time by 2.5%. For the average top 500 website, page speed was greater than 2 times faster by blocking tracking. The 10 slowest websites tested were 10 times faster without tracking. Reducing the number of trackers on your website can give a significant boost to web page speed.